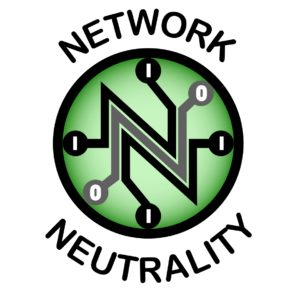 Logo for NetNeutrality, Original by en:Camilo Sanchez, all rights reserved

The internet neutrality is the principle that all the data on the internet is equally provided to users without discrimination or different charging, which indicates a network environment with full equality. As one of the most powerful and advanced nation, the U.S has issued the ‘Net Neutrality’ law to officially establish the neutral system in 2015. However, it is overturned in 2018 (BBC, 2018). The essay will discuss whether the advantage of the internet neutrality is over the disadvantage and whether Australia is necessary to adapt the mode of net neutrality. In my opinion, Australia does not need neutrality. Despite the protection of start-up companies and focused development of communication service, the lost of investments of building better network infrastructures and the successful business structure of hierarchical service will cause a huger effect on the economic society.

Definition and history of net neutrality:

Net neutrality could be defined as an internet policy concern situated prominently in the public consciousness(DeNardis, 2014). Firstly, Net neutrality is a concept proposed by Tim Wu, professor of media law at Columbia University in 2003 (Wu, 2003). It refers to that all Internet users can access network content, run applications, access devices and select service providers according to their own choice within the range permitted by law. This principle requires equal treatment of all Internet content and access, prevents operators from controlling the priority of data transmission from commercial interests, and ensures the “neutrality” of network data transmission. Net neutrality sounds literally a good thing which means there is no winner nor loser. Every sectors are in fair competition. On another hand, net neutrality means government control the internet.

“neutrality means the government regulates the internet like a pubic utility. Bureaucrats making key decisions about how the internet is run.”

Net neutrality has been discussed particular in the United States but also in many other countries. The EU adopted net neutrality in 2015 and with the adoption of open mobile roaming last year, the EU says “Every European must be able to have access to the open internet and all content and service providers must be able to provide their services via a high-quality open internet. From the entry into force of the rules, blocking and throttling the internet will be illegal in the EU and users will be free to use their favourite apps no matter the offer they subscribe.”(The European Commission, 2015).

Net neutrality in the EU, The European Commission, all rights are reserved

Avoid policies that reward large companies at the expense of start-ups.

It is designed for stoping internet service provider(ISP) offering differential services to their clients based on what those companies were willing to pay for carriage of their content. Start-ups do not have enough capital to compete with large corporations. So it is difficult for them to survive in the market or enter into the market because of the high berries. If under the policy of the net neutrality, little companies and start-ups have more chances to establish themselves in the market. That’s how Facebook grew. So that is on of the reason why Facebook support net neutrality. Facebook Chief Operating Officer Sheryl Sandberg suggested an open internet is critical for new ideas and economic opportunity — and internet providers shouldn’t be able to decide what people can see online or charge more for certain websites (Wattles, 2017) 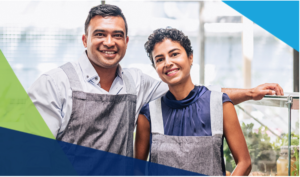 In NSW, more than 736,000 small to medium-sized businesses in operating which data from NSW government(2018). They play in creating jobs for 44% of workforce and driving economic growth across the state. They play in a big role of the market and growth of the society.  If Australia adopt net neutrality is a kind of supportive policy for the start-ups and gain more profit of the part of small companies’.

This is an controversial point of net neutrality. Different users have different opinions

Although the internet neutrality seems to be an important development as to both companies and customers in general, it still has some unavoidable side effects on the economic society. The disadvantages include preventing ISP (internet service providers) investing in building broadband networks and technological innovations, restricting the development of internet companies and affecting selective diversification of customers indirectly.

One of the significant influences due to the internet neutrality is the fact that the ISP will eventually become a public utility like the energy company, which will result in the decrease of network charges and the limitation of improving internet infrastructures. The appearance of the internet neutrality implies that the ISP is no longer able to compete with internet firms like Netflix or YouTube. With the rapid development of the internet economy, the performance and profit gain of internet companies are growing but the cable and broadband operators come to a deadlock. To keep the customer, ISP have to invest in the maintenance and improvement of the network structure. For instance, Verizon invested over 170 billion dollars in the past each year to maintain 4G network and build more 5G service across the USA. The internet neutrality let all the users enjoy the internet service freely so that the ISP cannot benefit or charge from the internet companies, which indicates that no matter or not the ISP improve the service provided, the profit gained will remain or even decrease. Therefore, there is no motivation for ISP to put in the investment and build a better network environment. As an example, Google Fiber is a broadband operator under the most internet company Google. It attracted only 200,000 users with the expectation of attracting 5,000,000 users and it stopped investing in after 6 years(Alaimo, 2017). Therefore, the internet neutrality prevents the investment in building broadband networks and technological innovations because of the lack of profit attraction.

Australian do not need net neutrality. Our internet service delivery is largely regulated by the Australian Competition and Consumer Commission. It could lead the market in well-ordered. Even it under the supervise of the government. But is better than the extent of net neutrality which government domains the market. And it could support for the little companies. And help rural place build the instruments. And also offer a free internet environment. The users in Australia could feel free to pick the internet production they want. So net neutrality is unsuitable for Australia.

Without net neutrality, internet service providers (ISP) have a lot of control over what consumers see online. Otherwise internet would be controlled by government. Even under government supervise net neutrality could give start-ups a pair competition with large companies. Reduce the pay on internet by controlling the private deals between internet companies and internet service providers. But internet need an environment with freedom. The users could choose the hierarchy of their services. The charge of internet infrastructures would be decrease. So the internet could easily access in remote areas. Especially to the situation of Australian which Australian Competition and Consumer Commission monitor. . It is difficult to simply say the net neutrality is a band policy or a good policy. But in conclusion, Australian do not need the net neutrality.

All you need to know about Net Neutrality rules in the EU.  (2015). Retrieved from https://berec.europa.eu/eng/netneutrality/

Feldman, F. (2017, November 27). Without Net Neutrality, What Happens to My Netflix? Retrieved from http://nymag.com/intelligencer/2017/11/what-happens-to-netflix-when-net-neutrality-is-gone.html

Alaimo, K.(2017, December 7).  How Google and Facebook Could Save Net Neutrality. Retrieved from https://www.bloomberg.com/view/articles/2017-12-06/how-google-and-facebook-could-save-net-neutrality