The recent revolution in online communication has resulted in radical changes in the way people communicate with each other. Facebook, as one of the most visited website on the internet, it has grown to be the dominant social media network in the world with a net worth of more than 250 billion dollars (Huddleston,2015).  Being widely popular as a digital platform where users can express themselves and maintain social relationship, this free platform generated the revenue largely from the advertising services. Noticeably, they become more diverse after increasing their partnership across multimedia platforms through purchasing Instagramand WhatsApp(Huddleston,2015). Thus, it is undoubtable that Facebook effected on social interaction of people in the digital era.

This essay will examine the social, cultural, political and economic impacts that Facebook has on the society by looking at the historical founding of the company and some of the great accomplishments they achieved. Otherwise, the business model of Facebook will be discussed in detail to demonstrate its transformative influence in online market.

With the invention of Web 2.0, the millennium embraced a significant internet shift on online services from networked communication channels to an interactive networked sociality with two-way communication (Dijck, 2013). Inspired by an online programme which can decide the hotter student by comparing their facial picture, Mark Zuckerberg created Facebook for the purpose of connecting Harvard students in an online social network (Carlson, 2010). In the beginning, the existing “Facebook” is only capable of gathering students’ information with personal pictures for students in Harvard. Launching in February 2004, Facebook has only limited functions with a key feature called The Wall. It was served as the personal profile page for users (Dijck, 2013).

However,the website’s early success not only propelled Mark Zuckerberg and his co-foundersinto a cool world of being popular but also got them into the trouble of a lawsuit. Mark Zuckerberg and his version of The Facebook were facing a charge of stealing ideas from a project created by three Harvard seniors shortly after the launching of The Facebook. The lawsuit was ended by a settlement and since thenFacebook has undergone some massive transformations in a relatively short time (Carlson, 2010).  In August 2006, Facebook added Notes, a platform for micro blogging that eventually allowed users to link personal posts from other sites like LiveJournal, Xanga, and Blogger. One month later, they introduced News Feed – the first page we see when we open up Facebook that shows the Facebook activities of our friends’ (Dijck, 2013).

With the continuous development supported by the emerging new technologies, Facebook enables people to make connections by sharing their communicative content, building their careers with the help of professional resources, and enjoying the joy of online social lives (Dijck, 2013).

Recently, Facebook was embroiled in controversy about the manipulation of the US election through wrongly sharing data with the political consulting firm called the Cambridge Analytica(Dijck, 2013). Additionally, debate on data privacy became a hot topic after the Cambridge Analytica scandal came out. In Twitter, a protest against Facebook’s misuse of data was fired up by people through a hashtag called #DeleteFacebook, expressing their angry and disappointment of Facebook because their Facebook data has been given to this third-party company by Facebook and was used for a political purpose (Dijck, 2013). In response to the public concern on data privacy and The EU General Data Protection Regulationimposed by the European Union in this year, Facebook announced its updates on their new privacy settings including clearer layout of setting and detailed explanations on their privacy terms (Segarra, 2018).

Video: Behind the News, Some rights reserved 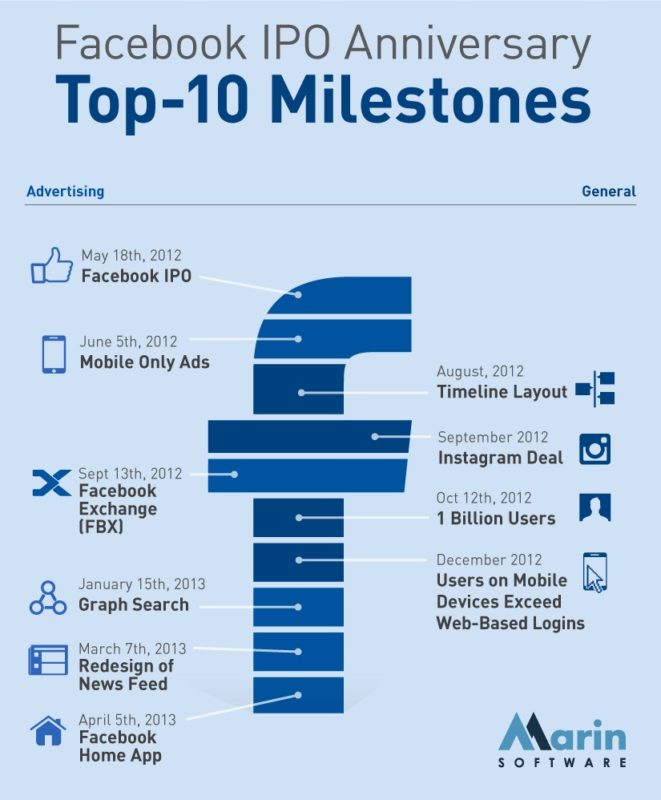 First of all, the increasing importance of Facebook for maintaining our social relations cannot be neglected. As Lin (2002) defined, social capital is the investment people put in social relations with expected returns in the marketplace. In other words, the effort people made in building and using social capital is largely reduced (Bohn, Buchta, Hornik, & Mair, 2014).

Also, the data of Facebook Is relatively helpful in data collection and analyzing when doing an online research. Specifically, the great variety of cultures and age groups present on Facebook is capable to reflect a very high variability prevailing for the dataset of the Facebook (Bohn, Buchta, Hornik, & Mair, 2014).

Otherwise, the access of social capital was broader due to exaggerated friending and posting behavior. According to the online research conducted by Bohn, Buchta, Hornik, & Mair(2014), it was found out that the access to bridging social capital will be increase along with the posting frequency until reaching a level of seven posts a day. Moreover, each additional friend improves a user’s access to social capital in the limit of 600 friends (Bohn, Buchta, Hornik, & Mair, 2014).

As the largest social network, Facebook also provides the best potential for mass self-expression and self-communication. More specifically, compared to other mass media, especially in Facebook, the users are provided with a personal space for building their self-image and popularizing this image out of their social circles(Bohn, Buchta, Hornik, & Mair, 2014). Otherwise, through the features Group Chats and Video Calling, Facebook enables live communication in respond to the increasing need of long-distance communication with the integration of other applications such as Skype. Moreover, the new function of live broadcasting further allows users to get instant access to their team, company with real-time feedback. Thus, these innovative changes are more immediate, direct and personal than traditional media (Dijck, 2013).

In addition, fake news is become one of the problematic phenomenon in Facebook which did not presented in such a large scale in the age of traditional media.  According to BBC,more than 40% of the population of the America recognised Facebook as the primary source they get news from(Jones, 2016). Other than reading news from Facebook, people also believed that they are more likely to share and comment on the stories from Facebook. Noticeably, these made-up stories are being shared by millions of Facebook users unstoppably and they generated a large amount of cash through the advertisement in Facebook (Jones, 2016). 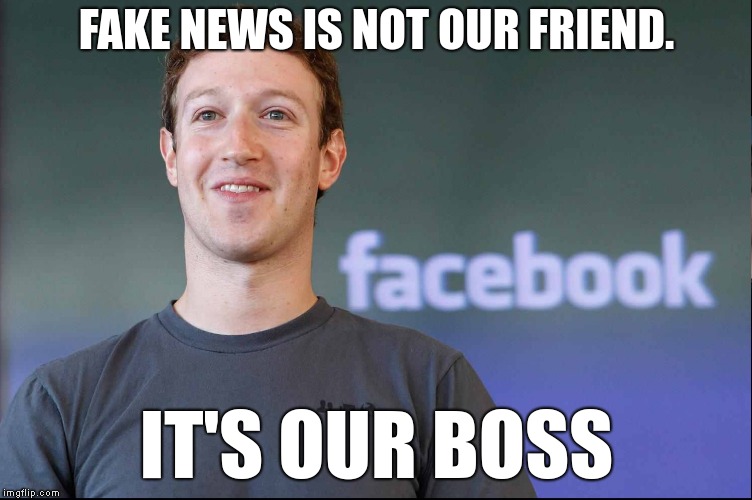 Picture of memes about the relationship of Fake news and Facebook

Firstly, Facebook has changed the contemporary approach of marketing and advertising in a transformative way. As noticed by Dehghani and Tumer (2015), digital communication boost high growth of digital advertising.More specifically, by using the new appeals of advertising in social media platform, a connection between the marketers and their target consumers will be built and the customer’s awareness of the brand will be increased. Moreover, not like the traditional way of product promotion and marketing, this new advertising approach is more efficient in attracting consumers’ attention and addressing the long-standing issues of customization of their needs (Dehghani, & Tumer, 2015). Also, this great opportunity for competitive advantageincluding data collection, data analysis and target marketing practices will assist with digital platform businesses such as Facebook in online advertising and lead them to a platform marketing success (Dempster, & Lee, 2015). 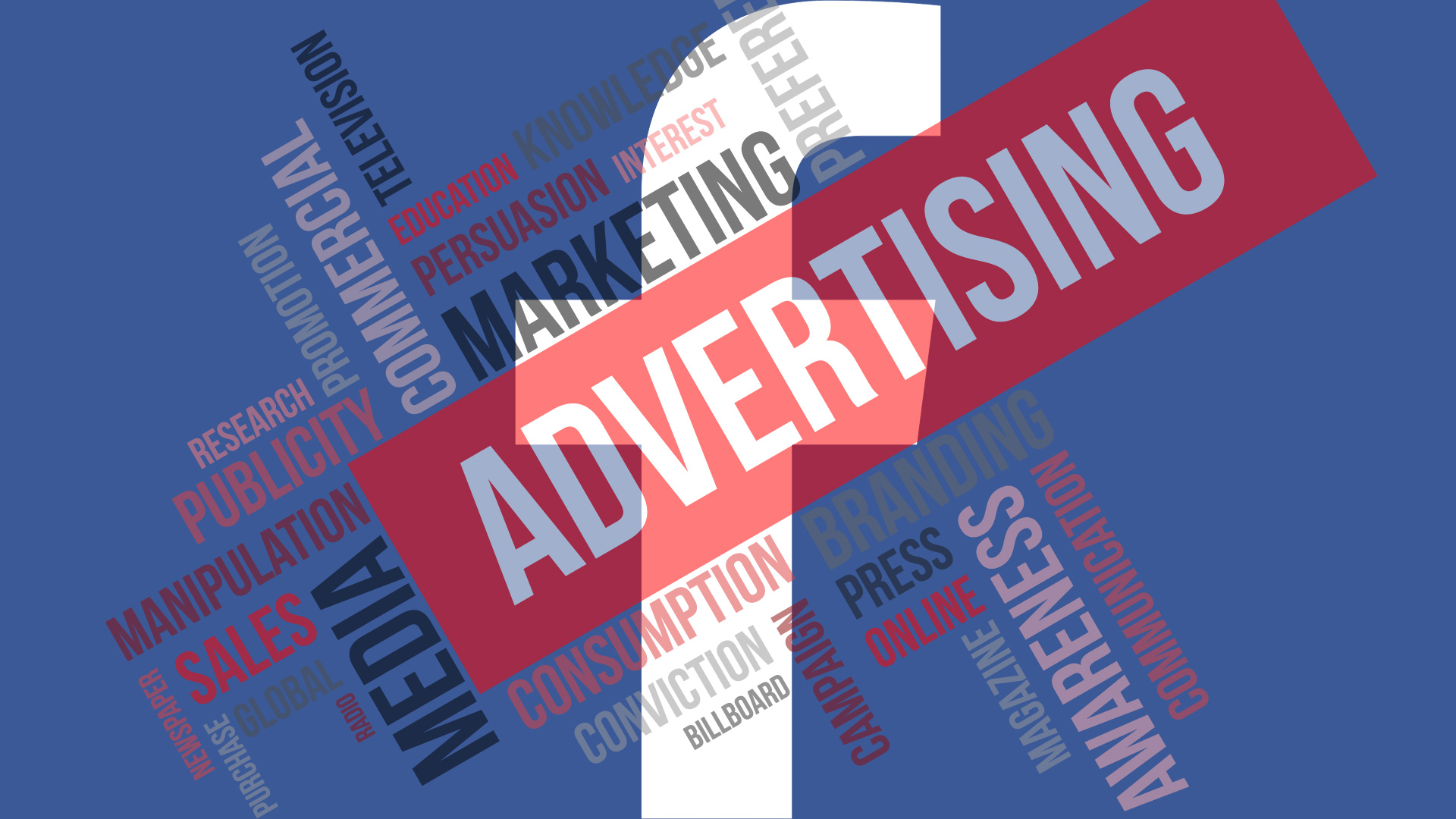 Picture showing advertising as the key of Facebook business model

Moreover, the using of online media such as Facebook was found more effective in achieving economic cooperative goals(Abatayo, Lynham & Sherstyuk, 2018).   Other than this, Facebook has become the engine of lots of job growth in a lot of industries. More specifically, the fast-growing startups will build their ecosystem and offer their services around Facebook- the world’s biggest social network. For example, products and services such as job finding, merchandise selling, trip planning or new customers targeting (Swift, 2012).

In addition, Facebook is by far the market leader in online market and it was noticed that a growing trend of high levels of market concentration or monopoly in the advertising market (Haucap & Heimeshoff, 2014). With innovation driving competitive force in the market, social network giant such as Facebook are currently dominating the advertising market and leaving only limited market space for other small competitive companies. With such a large market share, Facebook is able to attract more users to join their platform and remain a large customer base for their advertising revenue generating. Moreover, the limited availability of high-quality search data was seen as the core competitive advantage in this market competition. Thus, the application of general competition law and data privacy protection law was required in order to reach a sufficient level of competition in the online advertising market (Haucap & Heimeshoff, 2014).

In the other hand, the emerging of social media like Facebook also has been touted as a revolutionary way for politicians to make a direct connection with the voters to engage in online political discussions and for citizens like bloggers to influence political discourse. In other words, social media encourage active participation to their media consumers, and also make great efforts to create a rich environment for online political participation (Enli & Skogerbø, 2013).For instance, Facebook allows the individual politicians to expend their political arena into social media platform and also increase the personalised political campaign with the help of the personalized and dialogical aspects of social media. More specifically, social media platform like Facebook has become a structural communication strategy in political communication (Enli & Skogerbø, 2013).

Moreover, the Facebook users are more enthusiastic in online political discussion(Miller, Bobkowski, Maliniak, & Rapoport, 2015). More importantly, a study indicated a result that there is a direct relationship between those who participate in online political discussion and those who actually take part in real world political practices. More specifically, the more individuals taking about political issues online, the more they engage in technology-mediated political acts. For example, they will e-mail the politicians or write more post on political blogs (Miller, Bobkowski, Maliniak, & Rapoport, 2015).

According to Looi (2001), an internet ecology was described as an ecosystem that producers, gatherers, and consumers of information were interacted with each other when pages are created, deleted, or accessed. As the Facebook was situated itself in an advertising-supported business model, attention economy was associated with such a business model quite closely. According to Skågeby, Linköpings, Institutionen för,  Tekniska, and Interfaces (2009), the notion of attention economy was defined as the limited resource is attention rather than information. Also, sharing culture carried by the social network platform contributes to the success of this new online advertising business model (Dijck, 2013).

For example, companies such as Google, Wechat, Tumblr,etc. (Facebook, 2017)

Below is a diagram of internet ecology of Facebook:

Facebook as platform for social networking have significant influence on human interaction, not only in an individual and community level, but also a societal level. While the worlds of online and offline are increasingly interpenetrating, the values of openness and connectedness that embedded in Facebook’s sharing culture have driven this online social network to make a huge impact on society in various contexts. More specifically, the connectivity influenced the world socially, culturally, politically and economically (Dijck, 2013).

As a business now have 2.2 billion users, Facebook has experienced a long journey of social debate and legal battle. Moreover, Facebook continues its expansion in different areas of global markets by measures such as introducing bot robots in messenger and redesigning News Feed.It is undeniable that they are one of the most influential social network in the world and have become a worldwide phenomenon (Dijck, 2013).

Imgflip. (2018). Facebook is not our friend. Retrieved from https://i.imgflip.com/2ftn1m.jpg

What is YouTube Historical analysis Internet ecology How YouTube changed the way we use the Internet Overview What is YouTube? YouTube is the figurehead in the market of online video platforms. The platform allows its […]

The charm of short video

Introduction As social media continue to evolve, now people are not satisfied with just posting photos on social platforms, but making some short videos to share their life and some interesting things that they found. […]