In the social network information ecosystem, the interaction between people and information experiences a process of evolution. As the web technology becomes mature day by day, social networking platforms tremendously promoted the communication, transmission and sharing of information between individuals, and increased the influences between people and information environment. Facebook is the most successful social media company in today’s world. The purpose of this essay is to discuss the transformative effects of Facebook in the economic, political, social and cultural aspects. Firstly, it will give a historical overview of its development history, to show how the initial innovative idea was generated and commercialised. Secondly, it will describe the business model that supports the operation of the business and guarantees the huge success amongst the consumers. Thirdly, it will position Facebook in the internet ecology system map in relation to its major stakeholders, including competitors, users, service providers, and regulators, to find out how they relate to each other. Lastly, it will analyse the transformative effect of the social media platform, on the ways in which we use the internet and live our life.

Facebook is an American company headquartered in California and well known for the world-leading status in social media and social networking service. The company’s mission is to offer means for people to build community and make them closer and more connected together (Facebook Newsroom, 2018a). The platform allows people to portray their identity online and interact with others in the virtual world. It can be accessed from a lot of different devices that have internet connectivity, including computers, laptops, tablets and mobile phones. After registering an account, the user can create a customized personal profile that indicates the personal information about themselves, such as name, occupation, education, employment, hobbies and experiences. And they can update status, post photos and share links anytime as they want. Users can add other people on Facebook as friends so as to exchange messages between each other. 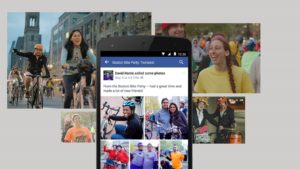 Facebook was founded in 2004 by Mark Zuckerberg when studying psychology at Harvard University. In the initial stage, it was used within Harvard and other universities in Boston (France-Presse, 2018). Then in 2006, the network stretched beyond the scope of educational institutions to reach any person who was over 13 years old and had a registered email address (Bellis, 2018). The site is free to join and earns income via advertising. By the year of 2009, the network had become the most widely used social networking service. In the initial public offering (IPO) held in 2012, Facebook was valued at $104 million, the highest value ever for a new listed public company (Bellis, 2018). Now the company has 33,606 employees and 2.27 billion monthly active users on average (Facebook Newsroom, 2018a). The profits generated last year were nearly $16 billion, 56% higher than that of previous year.

As France-Presse’s article explained, on the way of development, Facebook also has been subject to regulation and accusations over the years. There have been lawsuits against Facebook for creating fake news and depictions of violence on the media platform. This year it was accused of leaking personal data of 50 million users, and using data analytics to influence the election process in the U.S (Cadwallader & Graham-Harrison, 2018). This reveals the subtle rule in IT industry, that internet service providers collect user data to share it with third parties. The seemingly ordinary information reflects the psychological characteristics of the users, and could be commercialised by artificial intelligence technology. 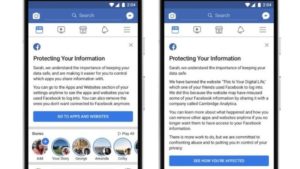 Mark Zuckerberg, as the founder of Facebook, is also the chairman and CEO of the company. Facebook is focused on developing a platform, instead of applications. The major revenue of the platform comes from advertisement, value-added services and third party applications (MacKinnon, 2012). Facebook adopts a real-name system, which reduces the entertainment atmosphere and increases sense of seriousness. People are more likely to share their personal daily life instead of opinions on social events, which is beneficial for advertising. Since the users have true identity online, Facebook could clearly know the demographic information of every user and trace them online. Every time a user clicks the button “like”, sends an emoji, shares a video, launches a search or posts a status by themselves, the action would instantly reveal personal data to the platform of Facebook. Advertising amounts to about 98.5% of the total revenue of Facebook (France-Presse, 2018). Value-added services mainly refer to the purchase of virtual products, such as online questionnaires, which can be directly purchased online. Third-party application reflects the cooperative and win-win mode between Facebook and app developers. The open access to the most data as possible provides the best way to earn a profit.

Facebook has evolved from a social networking site to a platform company. In 2007, Facebook opened the Application Programming Interface (API), to allow third-party software developers to join the website and offer software applications for the site (Nam, Lee & Park, 2015). After this, users do not need to log in the source websites to update the information needed. The significance of this move is that the website and software applications can be connected via the systems of a platform and form interdependent relationships. And if the software developers intend to publish advertisements inside Facebook, the company then obtain advertising revenue in the process. On the other hand, Facebook provides free viral marketing for them, and they could use the interpersonal relations on Facebook to invite users’ friends to download their apps.

With the monopoly status in the social media market, Facebook leverages it advantages in capital, brand awareness and resources to expand its coverage and increase income sources. It launched the big plan of Open Graph, to establish the platform for the next generation (Montgomery, 2015). The Facebook Connect allows users to log in other websites via Facebook account, which greatly increased the visitor traffic to the site.  Moreover, Facebook develops several software apps by way of division and creation. Some functions in Facebook have been segregated to become independent software, such as Messenger, so that users could use them more often with fewer steps. Messenger is a core app in the sector of communications, and there are supplementary functions such as video chat and payment (Chudnovsky, 2018). Also in profitable areas Facebook would develop products with similar functions, such as Instant Article. 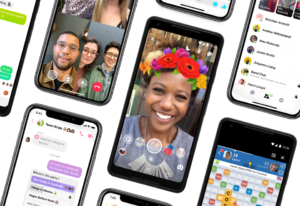 In the internet ecology, the elements of information people, information and information environment are connected (MacKinnon, 2012). Facebook is not limited to a simple channel or intermediate service, but committed to constructing a complete and powerful eco-system, to effectively encourage interactions between multiple parties and fully explore the potential. Figure 4 is the ecosystem map for Facebook. Facebook users provide the core force to promote the evolution of the eco-system  (Montgomery, 2015). They convey their needs for information, sharing and connection via feedback to the internet. And once the needs are satisfied, more needs emerge to propel the platform to move forward. Technology is not additive or subtractive to existing things; instead, it changes the presence in a radical way. New technologies are able to alter the interests, the way of thinking, the character and the nature of community. As for the users, the relation network changed from the previous one-to-one relationship to a networked group relationship. 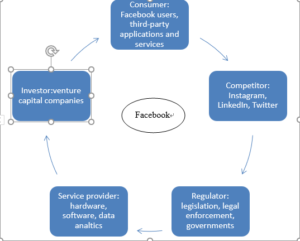 Facebook establishes partnerships with the service providers. The supplier include both hardware and software aspects. Social media has two-fold nature in both technological and social terms (MacKinnon, 2012). As for hardware part, physical devices and equipment are the necessary premise. As for software part, the digitalised software, apps, services, and data analytics constitute the technological structure. The platforms are software applications that are based on remote server and internet connectivity. They have strong capacity and complex utility for content storage. Moreover, they could track users’ footpath on the internet, including their search history, information use and preferences. Then the information may be used for targeted advertising, games and other product offers.

Policy makers provide support and guidance for the development of social media. In case of Facebook, the regulatory bodies include the legislative and legal enforcement authority to guarantee the safety of users’ privacy (Montgomery, 2015). Also, there is the investment part. To realize long-term development, Facebook needs to achieve investment to expand capital, optimise structures and upgrade its infrastructures. And the investors would hold a purpose to gain a profit by offering the fund.

From the view of social value, Facebook produced the culture of digitalised social contact. Facebook has been a huge revolutionary change in the way that people engage with each other and the external environment. The highly efficient information transmission remarkably changed the original rules, methods and content of social relationships. Facebook is the reflection of a sharing ecology. As a social media service, it motivates people to share information online, which is commoditised in the eco-system (Dwyer & Martin, 2017). 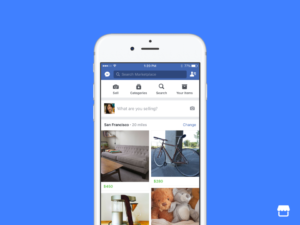 From the view of commercial value, Facebook formed a new engine for driving national economy. The construction of a social media platform requires enormous upfront investment to support the expenses from various aspects. And one of the main goals of establishing social media is to achieve economic income, which is also the social basis for social media. And along with the steady increase of the number of users, the economic benefit of Facebook is also rapidly increasing. The accumulated social capital of Facebook contains new economic value in the internet effect. The open platform of Facebook provides a huge advertising platform for potential businesses. With the innovation on technology and partnerships with IT giants such as Microsoft, the commercial value of the users is gradually being exploited. The future Facebook could become a vital platform for information supply and e-commerce. There are many business models to be developed, which contain promising value.

Moreover, it promoted the prosperity of mass culture. The characteristics of high autonomy and de-centralization attract more people to participate in and create diverse cultural products (France-Presse, 2018). People are more inclined to express their voice, rather than being controlled by the influence of mainstream media. Social media enables individuals to construct their online personal identity and profile, find and communicate with other users with the same interests. The distance caused by geographical limits is then collapsed. And everyone is able to publish or broadcast their life in the virtual community.

In conclusion, Facebook has achieved huge success in bringing transformations to the society despite legal and regulatory risks along the way. It is focused on developing a platform, instead of applications. The major revenue of the platform comes from advertisement, value-added services and third party applications. Facebook has evolved from a social networking site to a platform company. With the monopoly status in the social media market, Facebook leverages it advantages in capital, brand awareness and resources to expand its coverage and increase income sources. It is aimed at constructing a complete and powerful eco-system, to effectively encourage interactions between multiple parties and fully explore the potential. Facebook produced the culture of digitalised social contact, formed a new engine for driving national economy and promoted the prosperity of mass culture.