Facebook: the first social media platforms that have more than one billion users. (Statistic,2018)

I would even describe Facebook as the sovereign state. It has own business, own rules, own political affairs and even own security for the users and itself.

However, there are also arguments that Facebook is the major threat to the privacy and rights of Humanity and cause numerous political crisis.

The Facebook is in the Cyber Space which is the computer networks.

So before we get into more about Facebook. We have to look into the term “Cyber Space” first.

So What Is CyberSpace?

“Cyberspace is a global domain which consists of physical devices with the networks that connect between computer systems, the users, the access nodes and their constituent data”(Mayer, Martino, Mazurier & Tzvetkova,2014).

Facebook is a social network where people can connect each other no matter where you are from. It changes the traditional communication into digital communications(Miles,2016). One of the best features about Facebook is that it helps you create your own identity where you can put all the information about yourself like in the real world. You can upload information about your education, political view, favourite movie and the lists go on.

Well, Facebook seems like normal social media sites which allow users to create online communities and share their interests. But hey, IT IS MORE THAN THAT!

It is the whole new SPACE. Where there is nothing you can’t really do on it.

Do you want to sell your iPhone? Facebook has the Marketplace where the users can sell or buy items from other users.

Do you want to throw a Hectic Party? Facebook has the Event features where you can invite all of your mates to your party via Facebook, Advertise it and can even track the numbers of guests and people who are coming to your event.

Do you want to promote your products or want to write a blog? Facebook even allow the user to create “Pages” where you can post about your products or write blogs or create content. You can just do everything.

Well, so you might want to think about the technical aspects.

The Answer is NO. Facebook covers all the features that other social media have and have the most advanced technology ever. They have face recognition system, live broadcast, the advanced security system which can even track on who is snooping in your account and many more other things(PC Magazine,2018).

So who made Facebook and how it all Started? 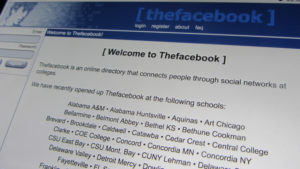 If you have the Facebook account, I’m pretty sure you might be familiar with the name “Mark Zuckerberg”. Mark is the American technology experts who founded the Facebook with his college roommates: Eduardo Saverin, Andrew McCollum, Dustin Moskovitz and Chris Hughes(Michael,2012).

In 2003, he initially wrote the website called “Face mash” which the website use as to compare which person is good looking or not(Kaplan,2003). He used the data from the university’s database and was charged with privacy breaches and all the security-related cases(.ibid). However, all the charges were dropped.

All the charges and pressure from his university didn’t stop him writing code.

On 26th September 2006, the day where the global cultural shifts happened, Facebook was launched publicly and everyone with the email address has access(Abram,2006). Facebook was initially launched for the users to communicate with each other and share their interests.

However, in 2007, just a year after Facebook was launched, “pages” which is one the best features of Facebook become so well-known among business. Business and companies use this pages to promote their products and interact with the customers(Richmond,2007).

2007 was the magical year for Facebook and the rest is the history.

Starting from 2008, Facebook has been changed its game to the international. They start opening headquarters to all around the globe. Their first international headquarters is in Ireland, and the reports said there are more than 20 headquarters was opened by the end of 2017(Mark,2018).

What is their Business Model? 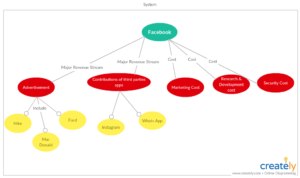 So before we break it down into their insights of Business Model.

Instagram, WhatsApp and Messenger are the examples of these companies which support the Business Revenue of the Facebook.

So what are the costs of Revenue for Facebook?

The main costs of Facebook will be the infrastructure that constructs Facebook. As you know Facebook is the black hole of the data and each and every second, its consumes million and millions of users’ data so it needs a lot of physical data storage to stop all these data. It also needs maintenance to control all these infrastructures are in shape(Aashish,2018).

Security Costs. Yes, Facebook need heaps and heaps of technician to help them prevent from the malicious attack and to protect the user’s privacy.

Research and development costs. Well, being the biggest and best social media platforms on the planet doesn’t mean you don’t need to improve constantly. There are numerous platforms that trying to compete the Facebook and you need constant improvement to stay on top of the game. Facebook have been spending millions and millions of dollars every year to improve their user experience.

So what are the revenue source for this multi-million dollars brand?

Facebook runs ads which is the main revenue stream.

It made up more than 90% of the total revenue.

Facebook is the largest social media that humans have ever encountered. Which means, its the largest information database about the humanity which makes Facebook the best place for advertisement. Advertisements can run more efficiently on Facebook and the users’ response to these ads are also at the best rate compared to other sites(Matthews,2014).

There are many big brands who are investing money for the advertisement on Facebook.

The brand like Ford, MacDonald, Nike and Samsung spend estimate more than 100 million a year for there advertisement in the Facebook. 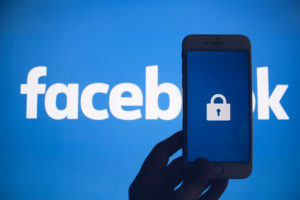 Yes, there have been rumours that Facebook has been selling their users data to private analytics like Cambridge Analytics.

and in 2018, Mark has to make public apology due to the providing the data to Cambridge Analytics.

However, Facebook has been denying they do not sell the users’ data nor doing anything that would harm their reputation. The only sell the access to your data which means letting ads run into your new feed or something similar to it.

Impacts on the NATURE of Humanity

It just not impacts the traditional global economy, it changes the entire ways that economists have been operating for past years.

The SpillOver Effect of Facebook has been benefiting to a lot of technology firms such as the laptop, mobile phone, internet providers and other related firms. (Levin,2003).

There are also numerous companies which are working on Facebook such as social gaming, communication and other online related applications. Which mean, Facebook has been creating jobs and producing new business.

Most of the impacts of Facebook on the economy are positive but how about in environmental views?

Facebook needs a lot of physical infrastructure for their database storage which is run by coal power which leaves the high carbon footprint. The environmental activist has been protesting Facebook with such issue and even some of the country like Norway tried to ban Facebook to build their data centres in their country. Facebook even made an agreement that they will launch more energy efficient data centre in the future because of these protests. (Greenpeace,2018)

Facebook literally erase the border and change the world into one country. It allows people from all over the place to share and exchange their culture. Above video was shot by France tourist Valentin while his visit to Burma(Myanmar).

Facebook is the new country indeed. People can protest or speak for the truth inside and there is the government who try to shut down such activities online as well. Users can form groups and share the same political interests and can even do the major political movement, like the one in Burma(Myanmar).

During 2010 uprising in Egypt, a Facebook page which was posting the politically related content against the government was forced tons hut down and the creator of the page was arrested. This issue was taken seriously and a lot of human right activist and people are arguing about should Facebook need governance?

Even though governing the internet was against the John Barlow’s statement about freedom in Cyber Space, the Facebook agree with some of the sovereign states to give a certain amount security for the users and in return, Facebook provides the security-related data to the government.

Facebook indeed change almost every aspect of our life and it even allows users to occupy personal space in the Cyberspace. It changes the way we communicate, the way we do business and even the way we read the news. In the near future, I believed Facebook will become the sovereign state with its own currency, own government and own political views and we all will be the citizens of the Facebook.

Hiltzik, Michael (May 20, 2012). “Facebook shareholders are wedded to the whims of Mark Zuckerberg”. Los Angeles Times.

Levin, Jonathan (2013). “The Economics of Internet Markets”. Advances in Economics and Econometrics. pp. 48–75.

Wertheim, M. (1999). The Pearly Gates of Cyberspace: A History of Space from Dante to the

Imagine walking down a suburban street called, “Augmented Reality Lane”. Looking around, you notice that people are swiping, tapping and scrolling in mid-air as if they were interacting with a virtual screen. But, nothing is […]

Censorship or Censors**t? The Regulation of Social Media Posts

Introduction The use of hate speech and illegal speech online is undoubtedly harmful to individuals and people groups. However, the vast nature of social media and the infinite different circumstances individuals involve themselves in makes […]

News Sharing in Social Media: A Critical Look in Algorithm

News sharing in social media is increasingly impacting the current distribution and consumption habits of news. Social media platforms such as Facebook and Twitter enable users to embed links to external online contents in their […]