In the recent years, the topic of net neutrality has become one of the most heat and contest policy principle that is discussing in the international internet community, especially in the America. In stark contrast, it did not receive lots of attention in Australian society, government and industry. The reasons are it might be including fierce competition for broadband Internet access retail businesses, widespread adoption of capacity pricing by internet service providers and the establishment of a robust regulatory framework to combat discriminatory practices that harm consumers and competition and so on.
In this essay, it will examine the definition and history of the net neutrality. It also will summarises the arguments for both in support and against arguments about net neutrality. Then, it will examine the relevance and reasons of the net neutrality should not be applied in the Australian context. 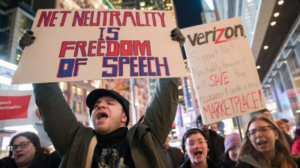 What is Net Neutrality

The concept of net neutrality is complex under different situations of the society and the government, even in different areas. In simple terms, net neutrality is an internet policy issue that is mostly a matter of public awareness, especially in the United States (Denardis, 2014). The concept of net neutrality has been presented around the late 1990s, that comes out with some network operators forced on the sale of their specific services that they developed, particularly in paid services. It also tried to block some services offered by competitors. In Isenberg’s article (1998), it mentioned that a new internet philosophy is emerging compared with the traditional concept of what he called ‘smart networks’. The idea is the public communications network should be an ‘always-on’ service, that the ‘smart’ refers to providing excellent services to the end-users, rather than playing tricks on the internet. The task of the Internet just merely as providing the transmission of data, without differentiating the network itself. Also, the data need to determine the direction of the network, not in the opposite direction. In simple words, for the end-users, they should be free to use network resources. The Internet should be a faithful reflection of existing content, rather than having an active sorting of, or even discriminating against on different online services. 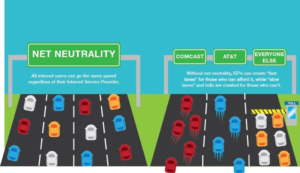 Picture is showing the define the net neutrality by using the traffic sign on the road
Image: Alyssa Templeton, some rights reserved

So far, four net neutrality concepts have been come up from the academics and the founders of the internet. These four concepts are common in they all adhere to the public nature of the internet and oppose the differentiation of different application services. They also specific differences that affect specific practices. The first one is absolute net neutrality. According to Guindon (2010), it is best defined as a network design principle, that the idea is the most effective public information network should treat all content, sites and platforms equally. The second one is limited discrimination without stratification of network service quality. United States’ lawmakers allowed a distinction between quality of service, but only if higher quality service is offered for free (Byron, 2015). The third view is to allow limited discrimination and layering of services that can be charged extra for higher quality services, but only if there is no exclusivity in the service agreement. Tim Berners-Less supports this view, and he pointed out: “it is not just about blocking and throttling. It is also about stopping ‘positive discrimination’…If we don’t explicitly outlaw this, we hand immense power to telcos and online service operators… become gatekeepers – able to handpick winners and the losers in the market and to favour their own sites, services and platforms over those of others. (Ansip, 2015)” Also, both of us need to pay money to the network operators for the network, and did not for some other kinds of privileged communication. The last view is who comes first, who can get the first served that is, a neural network should be based on the first come, first served principle, regardless of the quality of service (Gans, 2014).

In other hands, net neutrality can be explained as the network operators cannot discriminate against various online content and services. The network operators are unwilling to provide such infrastructure at a low cost, and try to gain more profits by differentiating (Choi, Jeon & Kim, 2015). Moreover, the debate over net neutrality focuses on the public infrastructure of the network itself, which is one of the tremendous enlightening significance for the current Internet construction all around the world. While, this principle establishes the convenient and straightforward way of using the Internet, which also indicates the nature of the public infrastructure of the Internet (Quail, 2010). This principle is unacceptable to network operators, because they will feel they are losing money in providing cheap public services, and they will find other ways to gain higher benefits under the network control and monopoly.

Firstly, under the globalisation concept, the new America FCC rules can be the effect on Australia, because there are some Australian retailers are relying on American service to communicate with the US buyers, and most of us are using American social network in everyday life. Also, if the US providers are forced to pay the American ISPs as the additional fees to bring their services or products in the broadband plans, they may pass those costs on to customers, that is including some famous brand, for example, Netflix. It means the prices will increase, and the internet costs will go up. However, in 2015, Optus has proposed a premium service for streaming companies, that could help to ensure the quality of customer service with extra charges for access to the popular bandwidth-intensive content. 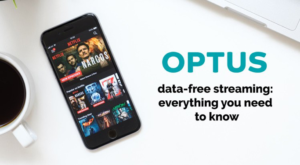 Secondly, the competition for the local provision of internet access is fierce with low entry and expansion, that has dampened the incentive of network operators and ISPs to block access to content, web pages or applications (Ganley, & Allgrove, 2006). It can reduce the attractiveness of its service and puts it at a competitive disadvantage. According to ACMA, over 800 ISPs are operating in Australia, that most of them offer many internet arrangements. Also, many ISPs serve are servicing in a specific area, and many national ISPs are competing in Australia (2013). The contrast sharply with the competitive landscape in the US, because most of Australia has at least two competing internet service providers offering the services, and the competition is more concentrated geographically in the US, with most areas served by one or two fixed-line operators (Lehr, 2015). There are also no apparent barriers to entry or expansion in Australia’s market for local internet access.

Thirdly, based on Australia’s internet access market, most of them are using the volumetric charging by ISPs. The volumetric pricing refers to a pricing structure in which end-users pay access fees to access providers at a specific rate and pre-determine the maximum download usage limit. However, Marsden (2007) thinks volumetric pricing limits consumers’ access to content on the public internet, and the ISPs has strong incentives to block the transfer of low-value content. Besides, the monthly download quotas can allow ISPs to set user prices more effectively at the marginal cost. It can also be effective and consistent with the reduction of high fixed cost network marginal cost structure. When the volumetric pricing allows providers to grow revenue as demand for internet traffic grows, it can encourage network operator to invest in additional network capacity. In other words, the volumetric pricing provides powerful incentives for ISPs to maximise the transmission of all network traffic, regardless of the source or type (Altman, etc., 2013). It can make the ISPs to generate additional revenue and maximise profits. However, if ISPs adjust or limit users’ traffic, the ISPs can have an incentive to build their access plan menus, that is allowing their customers to choose higher-priced monthly plans, as providing excessive download capacity (Altman, etc., 2013). This pricing structure maximises the revenues ISPs receive from fixed monthly fees, rather than variable fees.

Lastly, the transformation of the Australian telecom industry from government monopoly to open competition is accompanied by specific regulation of the industry. This provision includes pre-entry controls and the way of conduct control, that aims to prevent the abuse of substantial market power (Choi, Jeon & Kim, 2015). There is an industry-specific provision that was implemented by the mature trade practice regulation of Australia – Trade Practices Act 1974. As a result, the Australian regulators have several options for dealing with discriminatory practices that net neutrality advocates are concerned about. The part XIC of the Trade Practices Act establishes a process in which the provider of the carriage service and the content service provided through the carriage service can gain access to a specific service, with no general access (Endres, 2009). 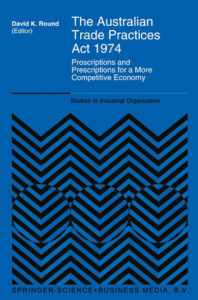 While the Australian Competition and Commission (ACCC) need to transport the services or a service that provides transportation services, that must do a public survey to claim to advance the long-term interests of end-users. These two regulations are negating the need for specific net neutrality rules. In 2004 statement survey on internet interconnection services, it confirmed the equality of some parts of the XIC in dealing with access issues related to data transmission and internet traffic (Australian Government Productivity Commission, n.d.). If the ACCC decides to back the claim, Australia would have a quasi-net neutrality rule that preferential treatment or quality of service for network traffic could be limited.

All of all, the presence of strong retail competition provides internet access, the profound globalisation influences, the selected volume pricing and the good regulatory framework are providing good reasons to believe there is no reason for specific net neutrality rules in Australia. The Australian local network service associated with American companies, fierce competition with low barriers to entry, have discouraged network operators and internet service providers from blocking content, web pages or apps. The monthly plan provides powerful incentives for ISPs to maximise transmission of all network traffic, regardless of source or type. It is also a transparent network management practice, through which congestion is managed based on the customer’s willingness to pay. Australia’s regulatory for telecommunications is well positioned and management to address any competition between the ISPs and the network operators.

Lehr, D. D. (2015). An analysis of the Changing Competitive Landscape in the Hotel Industry Regarding Airbnb. Master’s Theses and Capstone Projects. 188.