Since internet has been invented in 1960s, it has always combined with issue about human rights and freedom of speech in terms of responsibilities, internet allows their users to disseminate information anonymously and extensively compare with other traditional media, the users in online social media are considered as both content creator and recipients that enriched. nowadays, internet has already become the most popular medium to share information and opinions. However, with growth of hate speech in online community, it shows negative consequence such as racist, xenophobic and language violence. This paper will examine the issue of should social media companies takes responsibility to hate speech by using the case study Europe’s 2016 Code of Conduct on Countering Illegal Hate Speech Online, to analyzed that is this conduct being appropriate or not and moreover, should Australia applied this combat strategy to against the hate speech.

On 31 May 2016 the European Commission and IT companies Facebook, Twitter, YouTube, and Microsoft presented the Code of Conduct on countering illegal ‘hate speech’ online. generally, the Code of conduct ensure the combats with spreading hate speech or crime in online community, and the IT companies who signed Code of Conduct should be responsible for any hate speech in their community such as remove the content, block the user or take any countermeasures to deal with hate speech based on community rules and guidelines, or even by national laws if it’s in serious case. (European Commission, 2018)

What is hate speech?

The hate speech definition in EU law as public demagogy of any expressions of racism and xenophobia to certain individual or groups that based on basis such as skin color, race, religion or any other characteristics. In online community, the European Commission has particularly stressed on sexual harassment, cyber-bullying and online racism (European Commission, 2018)

The characteristics of internet

The online social media has different from the other tradition media is that the internet creates the value from the large group of unpaid labour which are the Internet users. These users sharing their content to other users that they interested on social media, and drawing attention to the users who sharing the same value and interest to form a community by algorism, which shows the linking capacity of online community over time. (Balica,2017) Yet, the potential risk of this strategy is that, the community is formed by a group of risky users that promotes discomfort arguments and speech by racists and terrorist group. (Mathew,2018) Moreover, Mathew refer Klein’s points on contemporary cyber-racism, which she believes that there have three reasons to be discuses. (Mathew,2018) First, due to the unique feature of internet, the political economy environment is regarded as more freedom and liberal, and she emphasis that the anonymity feature promoting hate speech on the internet. Secondly, as Western society highly ensure the freedom of speech for individual, that this ideology has smoothly shifted to the online community which creates an uninhibited conversation environment., and finally, the interaction between online users magnify their personalities, while no matter its positive or negative, additionally, the anonymity enhanced people’s sympathy

The controversial combat strategies towards to hate speech

The main strategy of combat of online hate speech is by simply blocking the content and user account. However, Portaru questioned the social media companies takes such strict actions are produce very little effect on control the spread of hate speech, but to increases the risk of aversion on online community due to it suspends the individual’s right of freedom speech and expression in this case. (Portaru,2017) On the other hand, freedom of expression and speech is one of the most crucial and basic freedoms that citizens entitled in a democracy society, (Assimakopoulos,2017) it ensures the right of citizens that they can expression without fear of repercussion. Therefore, when the right of freedom speech towards to Europe’s Code of Conduct, (European Commission, 2018) the social media companies were asked to takes serious actions for any types of hate speech, and the company itself required their users to followed the terms of service before the users expressed their ideas in online community, yet by promoting such policy is actually undermines the basic human rights for freedom of speech.

In additionally, Balica points out that many social media companies poorly execute their guideline and term of uses, (Balica,2017) which it sometimes made their users hard to identify what is forbidden and why should it be banned. Mathew takes Facebook as an example that Facebook allowed users showing crushed limbs images but mothers breastfeeding images are blocked. (Mathew,2018) Hence, the unclear and blur boundaries of online community rules and guidelines are usually being questioned about the transparency. Besides, European Commission has given the power of expression control to social media companies and the speech will most likely to be administration and management under the online community term of uses rather than actual laws, (European Commission, 2018) which in this case, the social media companies are further taking over discretionary power from their users to rescale the boundaries of free speech. (Jakubowicz,2017)

On the other hand, Reed suggested that hate speech might be overly reported by individual and groups, it is because the hate speech is mostly based on the context of the content which means that it based on the subjective perception on victim’s view, (Reed,2009) furthermore, with the speech being defined as hate speech, the community members will be avoid any related topics and comments with the hate speech that being defined by community rules and causes chilling effect to the users that force them to give up the right of freedom speech.

To sum up the potential risks of Code of Conduct into three reasons. First, how to identify the hate speech become an issue because it contains a large terrain that sometimes offensive and disturbing content are not considered as hate expression even it might be made other users discomfort. Secondly, who has the power to define hate speech is being questioned. Although Code of Conduct has transferred their power to social media companies as a regulator to manage online speech by both nation law and online community guideline, yet in most case, the companies become the its own arbiters to measure the properness of speech, and with unpredictable prohibitions and inadequately defined hate speech in the community, the users’ freedom of speech are being challenged and questioning about abuse power on block or suspend mechanic. Thirdly, the Code of Conduct has not provide any remedies or appeal mechanism for the users because the ‘hate speech’ will be taken down in 24 hours by the social media companies. 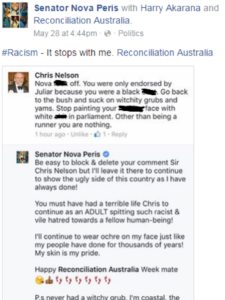 By reviewing change of Australia’s social, demographic and cultural diversity over the decade. The multiculturalism policy has been challenged by Anglo-Celtic cultural privilege towards to immigration group or prejudices on specific groups. especially with increasingly racism hate speech in Australia online social media in recent year has proved that cyber racism and it has become a prominent issue. Still, The Australian Human Rights Commission has continued to working on human rights issues in online community in Australia, (Australian Human Rights Commission,2013) compare with Code of Conduct that publish in EU, Australia has no such policy that required any social media companies to suspends hate speech in 24 hours, (European Commission, 2018) yet the Commission do mention that the federal government will protects the right for freedom of expression in all circumstances but it has potential restrictions national security reason. (Australian Human Rights Commission,2013)

To consider the context of Australian society, the immigrants and indigenous groups are being challenged from the hate speech in online community, that their human rights are undermines by discriminatory and intimidate comments, the conflicts between the relationship between different social groups are become intense by hate speech, in this case, the Australian government have to publish certain restrictions and laws to protects the human rights. However, to censors any speech in online community even it is hate speech will damaged individual’s right on freedom of speech and right to access the Internet.

On the other hand, the Australian government has already discontinued mandatory Internet filtering censorship that this decision has been criticized by many international and domestic organization, (Australian Human Rights Commission,2013) because sensitive and controversial contents will be available on internet by cancel the censorship and it raise the potential risk on hate speech without punishment. However, the Commission also points out that the consequence of freedom speech for Australian citizens and by releasing restrictions on speech might inhibit the expression of views that contribute to public and political debate.  (Australian Human Rights Commission,2013) 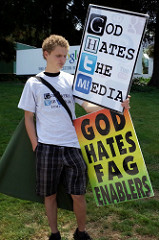 In conclusion, internet provides a wider range of communication sphere and offered opportunities to all people that can be equally ensure their rights for sharing and receiving information from the online community. However, the instant reach and anonymity that it provides an environment that creates hateful content in online social media, and becomes a growing concern in contemporary society.

Although the publish of EU’s Code of Conduct restricts the hate speech by requiring the social media companies to censored any inappropriate comments in their online community. However, many civil society organizations and legists concerned the policy will permanently undermines the right for freedom speech and expression, and the social media companies has the dominant position on discretionary power which means they defined what is hate speech by their own guidelines, in addition, the critics on deficient Code of Conduct points out that it does not offers any appeal or retrial chances for speech, which further damaged right of speech in this case. Meanwhile, Austrian facing the same challenge on growing trends of online speech as an immigrant and multiculturalism country.

The Australian Human Rights Commission also address the issue about the over censorship for hate speech on internet might damage citizens human rights, and emphasis again that internet should be the medium for all citizens equally uses and ensure the freedom expression in online community. To sum up, EU’s Code of Conduct is not suitable for Australia society