If you’re still regularly confused by ‘the cloud’, this is for you. After reading this, you should be able to answer four basic questions:

Along with personal computers, the Internet, and mobile devices, the cloud is one of the four most catalytic enabling technological layers of the past 50 years. While it was instrumental in minting America’s first trillion-dollar companies and plenty of opportunistic billionaires, the real winner of the cloud computing revolution is you, the average person. And if you have a dream of being something more than just average, it’s no longer an insult to have ‘your head in the clouds’: it’s a necessity.

Before we dive into its origin story, let’s summarise the cloud as it exists today. 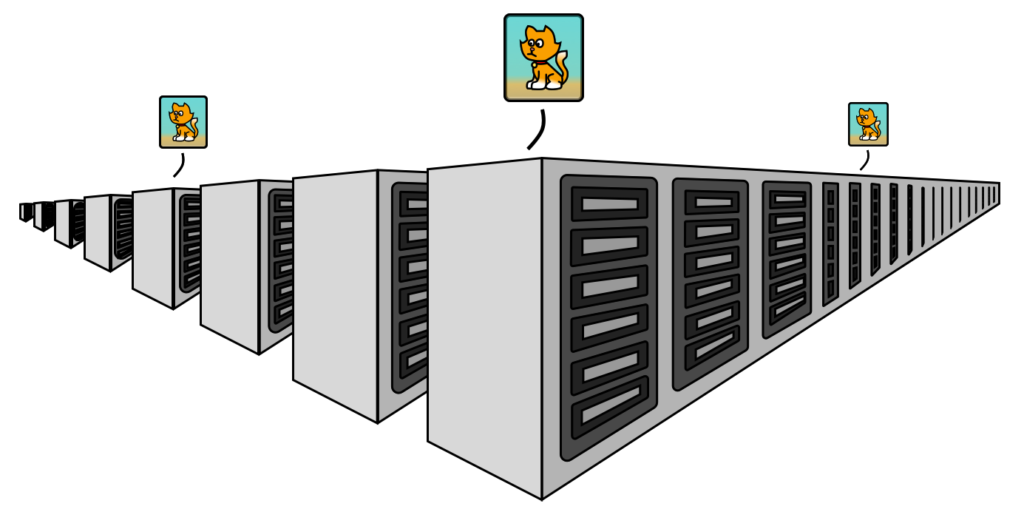 Let’s get a little more technical though. The National Institute of Standards and Technology (Mell and Grance 2011) defines cloud computing as:

“a model for enabling convenient, on-demand network access to a shared pool of configurable computing resources that can be rapidly provisioned and released with minimal management effort or service provider interaction.”

These resources could be networks, servers, storage, applications or services. However, cloud services are more commonly categorised by the required level of user (or, inversely, provider) management.

If this is confusing you, don’t worry. We’ll learn about the phrase “as a Service”, the corresponding categories and the companies they contain in the “who does it benefit?” section. For now, let’s begin at the beginning: 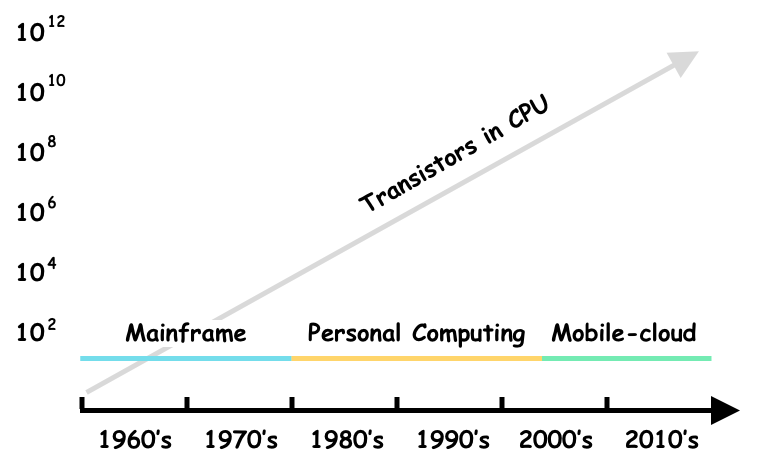 The graph above shows the last 50 years in the history of computers. ‘Cloud’ reached mainstream buzzword status around 2009, but the concept was already being developed in the late 50’s / early 60’s (Strickland 2018).  At the time, computers looked like this: 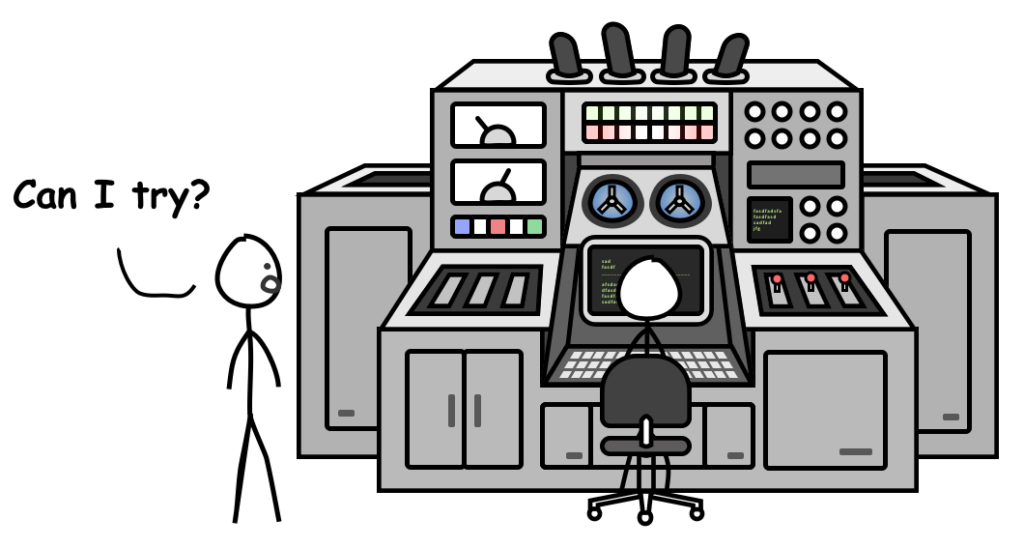 These ‘mainframes’ cost a fortune and took up the better part of a room. Still, their downfall was not their size, processing power or storage capacity. The biggest problem was using them efficiently. Few use cases justified the astronomical expense of a computer that could only be used by one person at a time.

If Adam Smith had time traveled 250 years into the future and seen an early computer, he would initially have been blown away, then promptly disappointed to find how badly they sucked at dividing their labour. 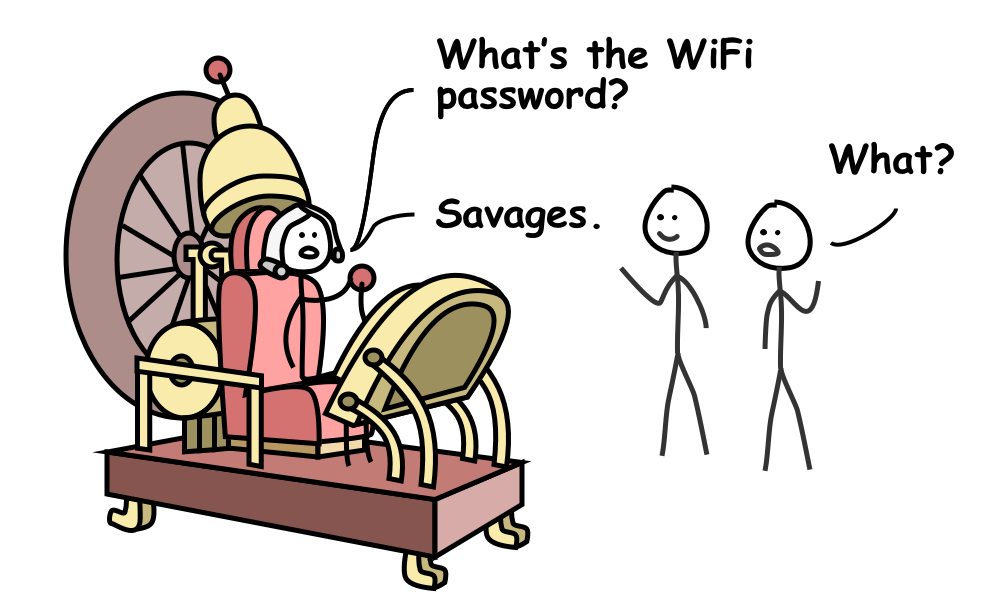 The realisation that a large group of users combined could use a mainframe more efficiently than any individual gave rise to the ‘time-sharing’ model. In 1957, John McCarthy—known to geeks as the Father of Artificial Intelligence—lamented that programmers who worked in short bursts were making poor use of mainframes capable of working in a continuous sequence (McCarthy 1983). At his MIT lab, he initiated the first project to turn one user’s idle time into another user’s uptime and efficiently share a computer’s processing power.

Four years later, the technology was taking off, and McCarthy speculated the time-sharing model would eventually give rise to computation as a utility. In the future, he said, customers would pay to use the processing power or applications of someone else’s computers instead of owning one themselves. While his prediction completely missed the personal computing revolution, it proved prescient in the first decade of the 21st century, when the cloud revolution began.

The graph above shows when the world’s three biggest infrastructure as a service providers set up shop. Software as a service was already fairly established, but this was the time when the infrastructure and platform as a service models swept through the tech (and, slowly, non-tech) world. The onset of the mobile age, which went exponential with the iPhone launch in 2007, became a powerful wind in the sails of new-age tech companies that were able to iterate on their product and scale more rapidly than ever before.

The obvious answer here: the cloud service providers. These are the top 10: 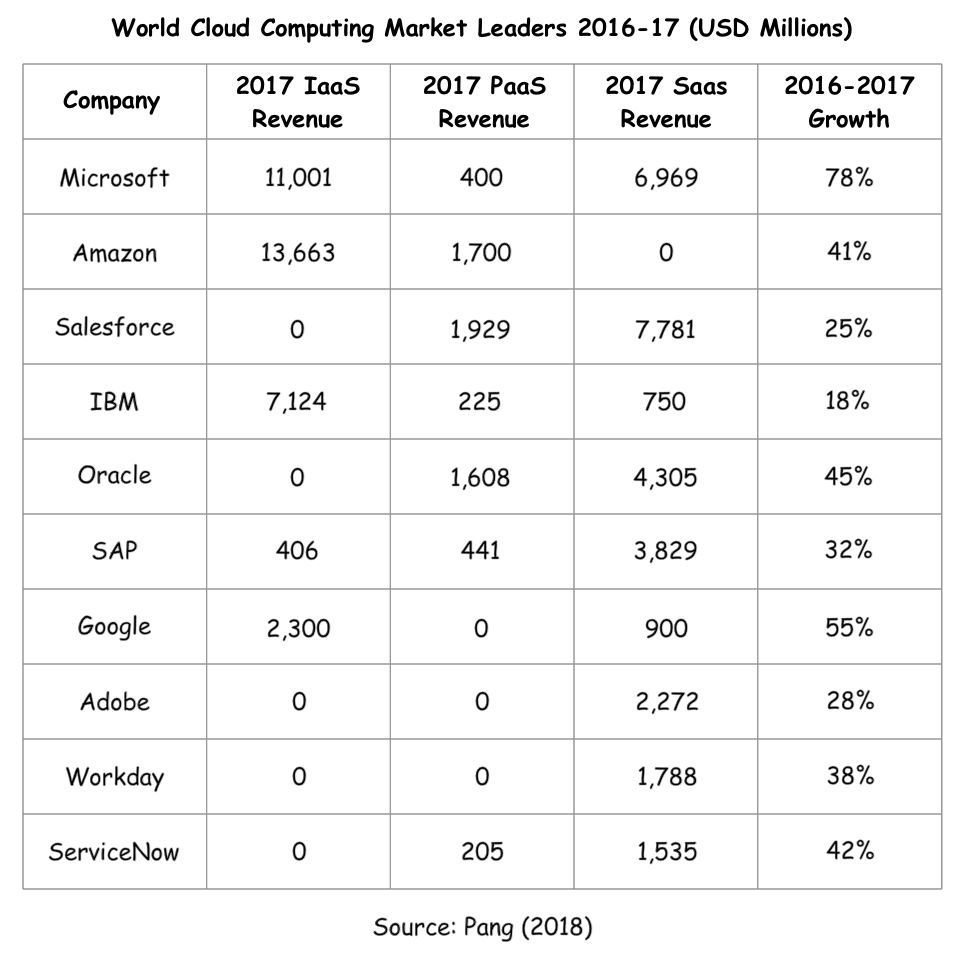 But despite these humongous figures, there is an important point to remember: these companies were providing a service. Let’s dive deeper into each of the categories to find the real beneficiaries – the users of the service.

This service offers the computing architecture, infrastructure and resources in a virtual environment where multiple users can access them. These resources could be networks, servers, storage, applications or services. Users will be responsible for handling other resources such as data, runtime and middleware. Mostly beneficial for system administrators.

This service is made up of a programming language execution environment, an operating system, a web server and a database. These components encapsulate an environment where users can build, compile and run their programs without worrying about the underlying infrastructure. In this model, you manage data and the application resources while all other resources are managed by the vendor. Mostly beneficial for developers.

On-demand service. Pay per use or subscription-based application software. The software is platform independent, so you don’t need to install it on your PC. A single instance of the software is available for multiple end users. The computing resources are managed entirely by the vendor. The software is made available via a web browser or lightweight client applications. Beneficial for everyone, businesses and end-users alike.

4. How does it affect an ordinary internet user? 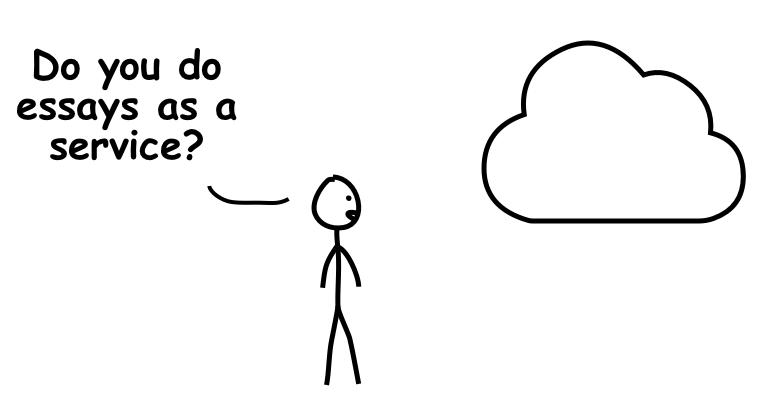 So far, I’ve mostly focused on the benefits to businesses. But what about me, you ask? Well, you probably haven’t mentioned it on your LinkedIn profile, but remember that one of your most important roles is that of the consumer. This means a benefit to business is also a benefit to you.

Consider Netflix, the productivity black hole. Do you really care which physical server hosts their movies? Isn’t it vastly more important that Netflix is easy to use and accessible on different devices? Well, thanks to the cloud, it is. You don’t have to go to Blockbuster, pay for films individually, or download anything. All you have to do is run the application stored on the cloud through your web browser. 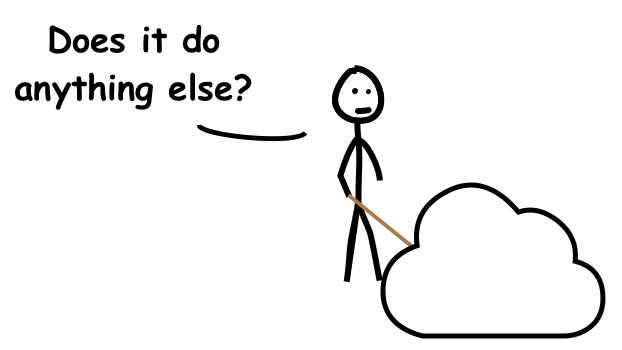 Well, this same principle is what lets you:

If you’re an average person, the cloud is involved in almost all your digital interactions. But, as I mentioned before, it is especially helpful if you have a dream of being something more than just average. 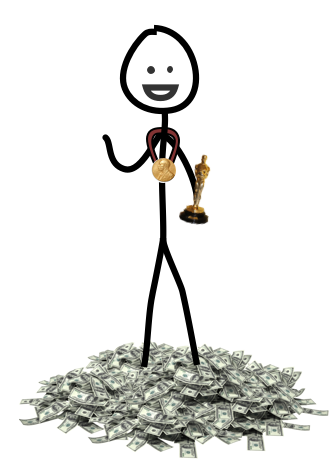 Consider two of its biggest benefits:

a. Automates away the complexities of computing infrastructure

b. Allows applications to be developed faster, cheaper and scale quickly (in other words, to be ‘elastic’)

The individual entrepreneur, researcher and (insert occupation here) has never been more powerful. Anyone who has a problem to solve or a business to build that will require servers, storage or any other form of infrastructure or computation can now focus solely on their task. It’s hard to explain just how universal a benefit this is – it is transformational for everyone from the Australian astrophysicist (Hyde 2018) crunching huge numbers in an astronomical dataset, to the Indian startup founder (Jetley 2014) setting up their online business, to the Kenyan store-owner (Hardy 2012).

So, the cloud can help anyone can do things that were previously reserved for the technical and economic elite. Yes, tech giants are reaping enormous rewards for providing computational infrastructure to all the other parties involved in the cloud computing party, but they are hardly the lone beneficiaries. Any average person with an internet connection can interface with cloud services to consume, produce and enjoy. Often, we take these services for granted, blind to the mind-bending complexity of the hardware and software behind the scenes.

Perhaps most importantly, if you have a dream to create or discover something wonderful… 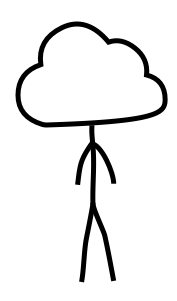 Get your head in the cloud and manifest it into reality.

McCarthy, J. 1983. “Reminisces on the Theory of Time-Sharing”, retrieved from: http://jmc.stanford.edu/computing-science/timesharing.html

Head in the Cloud

“Cloud Computing”,  a strategically chosen phrasing for power-hungry server farms, steadily positioned on earth, is something that has managed to abruptly integrate itself in every aspect of your life, from your fridge to your video […]

Cloud Control: An Overview of the History, Landscape and Impacts of Cloud Computing

What is Cloud Computing? According to the National Institute of Standards and Technology (NIST), cloud computing is defined as: ‘a model for enabling ubiquitous, convenient, on-demand network access to a shared pool of configurable computing […]