What is Cloud Computing?

Cloud computing is defined by Etro (2009) as new general purpose internet based technology where information is stored in servers and provided as a service on demand to clients.

It is the delivery of computing services such as storage, servers, databases over the internet (Microsoft, 2018). This type of service is sold to businesses worldwide and acts as a more accessible, flexible, scalable and secure solution for handling services for example emails (Martin, 2010).

Cloud computing offers an alternative for individuals and businesses to holding their data on their own servers.

The invisibility of cloud computing has resulted in the manifestation of ignorance among users in terms of the political, social and cultural implications of the concealed infrastructure on society.

Internet infrastructures are more than material hardware, they are highly political technologies that facilitate day to day transactions and interactions.

There are three types of cloud computing:

The Genesis of Cloud Computing:

Cloud computing represents the convergence of two major trends in IT:

Modern day cloud computing has come as a result of the rapid development of processing and storage technologies. The report “Advantages and challenges of adopting cloud computing from an enterprise perspective” explains how today, computing resources are cheaper, more powerful and more available than ever before (Avrim, 2013).

1963 : Defense Advanced Research Projects Agency presented MIT with $2 million for project MAC. This was to develop a computer that could be used by more than two people concurrently.

1990:  early stages of the cloud, presented as an empty space between the provider and the end user

1997: Cloud Computing defined as a computing paradigm, where the boundaries of computing will be determined by economic rationale, rather than technical limits alone by Professsor R Chellapa, of Emory University.

2002: Amazon introduced web based retail services. By using cloud computing they were able to use their computers capacity much more efficiently

2014: By 2014, Cloud computing had developed its basic features and security was the main focus. This has advanced significantly in the last two years and now provides protection that is equitable to conventional IT systems.

How it is part of historical trends in communications media and information management?

The ongoing transformation of cloud computing has been in the works since late 20th century (Patten, 2011). Cloud computing has paved the way for millions of businesses and individuals in terms of innovation and accessibility. It has transition from business oriented service to a service for the masses.

I would label Apples introduction of the iCloud a turning point in cloud computing as it marks a shift away from what had previously been marketed as a business platform. Now cloud computing offers a personalised service that accommodates similar needs of individuals.

Cloud computing has become engrained in day to day life. In terms of communications and information management there are a multitude of applications, and gadgets that are connected to the cloud. This means that they function instantaneously and on demand. An example of this is Amazon’s product Alexa. The voice command robot is a smart tool that responds to users requests and does what it is told for example play music and answer any question that it is asked. Paige Leskin’s Business Insider article (2018) “Over a million people asked Alexa to marry them in 2017 and it turned down them all” exhibits the obvious presence of cloud computing in day to day life. This has lead to an increase in on demand actions and in turn reliance on the cloud computing.

Who owns and controls the key business in this field?

Currently, Google’s place in the race may be compromised after dropping out of the Pentagon cloud-computing contract  which is said to be favouring Amazon.

Chairman of Virgin Group, Peter Norris, discusses the complexities of cloud computing. Click the image for the link to the video. 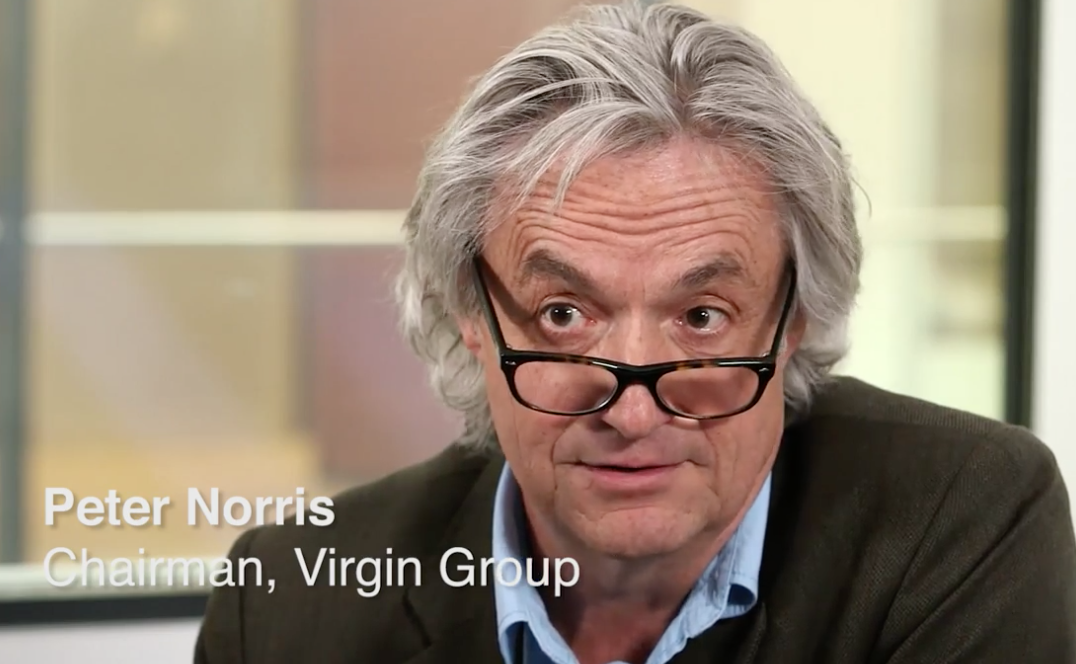 The US Patriot Act

The US Patriot Act gave the American government undisputed access to peoples data if they were stored on the cloud servers of US providers such as Microsoft (Lakatos, 2012). During this time the Canadian public requested that their government did not use computers in the global network that had been operating within US borders. This is because they were uncertain of the implications of confidentiality and the privacy of the US data stored on them.

Dear #USA thanks for the Patriot Act now all your companies are coming to #canada to store their data & we're making $$. Appreciate it.

This allows businesses to connect to existing infrastructure to a set of isolated Amazon Web Services compute resources via a VPN connection. To comply with EU data regulation, they have physically set up storage in the EU region.

An ongoing social concern that can’t be ignored is the assurance of privacy and protection within the cloud. There is uncertainty about the security at all levels. Today it is a focus of cloud providers that they ensure there is ongoing assurance and protection.

Cloud computing is becoming increasingly engrained in our corporate culture and day to day lifestyles. The key features accessibility and reliability underscore the reason for the wide acceptance and increasing reliance on such systems. Cloud computing will allow for the possibility to share the costs and benefits among large groups of people further establishing its place in our culture. This means that resources are spread among users as well as the costs. IBM Smartcloud which IBM classified as a Cultural Thinking project,  IBM offered this product as services that could be self service or managed services.

Overall, despite the invisibility of the cloud, it has a strong presence in society today. Cloud Computing crosses many boundaries and provokes political, social, and cultural change. As users of cloud computing it is important that we try and remain aware of the impact it is having on us and our surroundings.

Lakatos, A. (2012). The USA Patriot Act and the Privacy of Data Stored in the Cloud. Retrieved from https://www.mayerbrown.com/publications/the-usa-patriot-act-and-the-privacy-of-data-stored-in-the-cloud-01-18-2012/

About Martha Millett 3 Articles
I am a fourth year Arts and Economics student who is majoring in Art History, Marketing and Economics. I love playing tennis