Under web 2.0, the authority of sharing news is no longer wielded by the cooperation among editors, journalists and the press, but it is decentralised to the audience on social platforms by turning them into the active audience.

Hence, the process of sharing news begins to function in a way that it has never before, with a new component —the audience.  Theoretically, the owners of the platform benefit from all the capital because they provide the channel for news to be shared just like the press.

However, the truth behind this new process indicates the empowerments among audiences in terms of citizen journalism and the impoverishment in certain contexts.

The Origin of News Sharing

The news sharing originates from Habermas’ concept of the bourgeois public sphere that emerged in parts of western Europe at the end of the eighteenth century. Newspapers and pamphlets acting as one of the central institutions founded the sphere where each individual was capable of discussing public issues (Schudson, 2003). During this time, newspapers had the dominant authority to lead and determine the public discussion by only disseminating political and societal content. 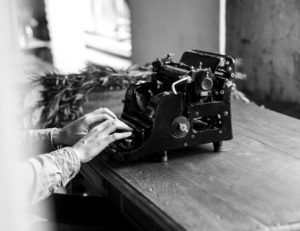 However, this predominant position of newspapers in news-sharing began to collapse by the mid-to-late nineteenth century due to the emergence of western capitalism (Schudson, 2003). Because the news organisations needed to take account of interests among the public, more categories of news were created (Schudson, 2003). 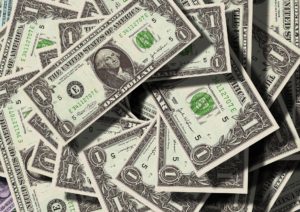 This is what Habermas addresses newspaper as “a medium for culture as an object of consumption” (Schudson, 2003). The role of an object-of-consumption in news-sharing not only implicitly reveals the importance of the audience, but also sets the foundation for what alters the entire process of sharing news later. 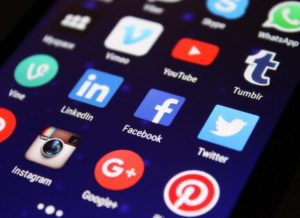 When web 2.0 arrived, social networking platforms arose at the same time. Web 2.0 provides more collaborative, interactive and engaging contexts for participants to communicate. Under the web 2.0, these contexts are constituted in forms such as Facebook, Twitter, YouTube, etc.

Burgress and Banks (2014) contend that web 2.0 acts as a new paradigm in the media industry which grants the ability among audiences to produce their own media contents and distribute them.

The process of sharing news has been changed in two ways under this new paradigm. First, it gives the authority of producing and distributing the media contents to users, which means the audiences are no longer only acting as recipients of news in news sharing.

Furthermore, citizen journalism arises in this new process. It represents each individual who is capable of performing as the professional reporter by disseminating information through various forms, such as blogs, videos and pictures on digital platforms. 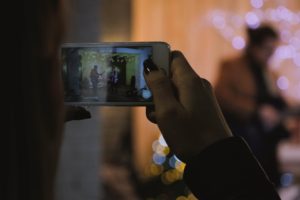 Second, the generation and distribution of news are highly dependent on the consumption of the audiences through social networking platforms. Dwyer and Martin (2017) reveal that the feature of “likeable engines” on social platforms determine what types of news the user will receive based on their interactivity, and leads the professionals to generate particular content for those audiences.

These two major changes in the process of sharing news not only demonstrates how news sharing has been shifted towards social platforms historically, but also indicates the new and dominant position of the audience in this process. 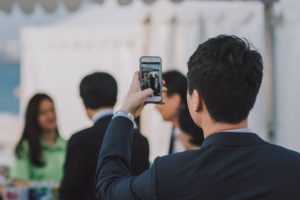 To interpret the power in the field of sharing news, it is important to identify the stakeholders and the relationship among them in the process of sharing news. Traditionally, the process of communication is divided into the production, mediation, transmission and reception (Cinque, 2012). It can be understood more distinctly in the chart below:

Consequently, in the traditional news sharing through the newspaper, the power was concentrated on journalists (sending messages) and the press (mediating, editing and transmitting contents).

Following the two major changes in the new process of sharing news on social platforms, the power relationship needs to consider the audience’s capability of producing news, and the social platforms’ function of distributing with the hidden potential of algorithms to mediate news.

Regarding the incident of China’s super explosion in Tian Jin in 2015, there were no any video-based reports on this massive explosion by Chinese media due to the censorship. However, certain witnesses filmed the video and uploaded to Youtube. 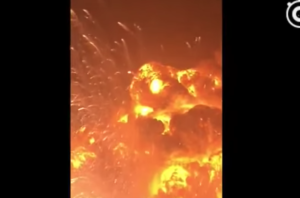 In this case, the video maker acts as an amateur media professionals, while he discloses the original incident internationally to all audience on Youtube. Hence, uploading videos on Youtube as one of the computer-mediated communication extends the power to the citizen to broaden the public sphere internationally (Cinque, 2012).

After this video published, it gained more than 420 thousand views and 2.9 thousand likes. Those numbers fit in Dwyer and Martin’s concept of “likeable engines” which assists in generating and disseminating contents. 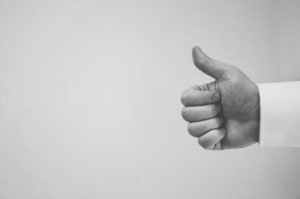 (Thumb’s up, by Tookapic, CCO License )

The poster categorised the video as a comedy rather than politics because most people use Youtube for entertainments. And the hidden potential of algorithms will distribute and recommend videos for the audience differently based on the data collection of their interactivity, including liking and commenting.

Therefore, when most people are viewing the entertainment videos on Youtube, it helps to disseminate and circulate the video of ‘Massive explosion in Tian Jin’ on Youtube. In terms of China’s explosion video, the video maker is the sender, Youtube as social platforms mediates the video through algorithms and transmits to the audiences, and other audiences receive this news.

The new power relationship in social news sharing should be interpreted as the chart below:

It is deceiving to consider the social platform itself owns and control the social news sharing because they provide the channel to convey the message. And it is also incorrect to regard those platforms as the press in the process of sharing news.

In the field of social news sharing, the power has been rearranged. This new arranged power also is the key for citizen journalism to arise. Audiences are able to generate news and social platforms will distribute the news to audiences with the mediation by algorithms. 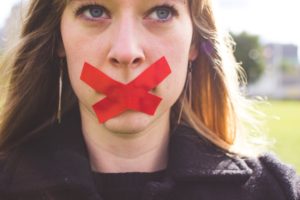 Are we all empowered?

NowThis World (2015) argues that everyone can be a journalist today by taking pictures and filming video on their phone. Apparently, who benefits the most from the social news sharing under the Web 2.0 is every single citizen.

They obtain both social and political capitals by acting as a reporter to disclose the truth, particularly the video of China’s massive explosion. That video maker did something that Chinese reporter cannot even disclose and helped the rest of the world to know.

Solomon in 2011 reveals a number of Chinese bloggers are prisoned due to the censorship and points out the first death of an Iranian blogger in prison —Omid Reza. 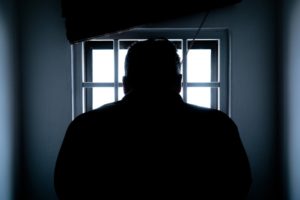 The arrest for engaging in Chinese’s democratic news coverage and the first blogger’s death in Iran indicate being empowered in citizen journalism is also constrained by different national censorships.

In the context of China, a number of journalists from Bloomberg and the New York times is deported and their visa is denied.

Moreover, to restrict the freedom of public speech in a cyberspace, China’s current leading party cracked down the VPN system and sentenced Liu Xiao Bo who advocated for democratic reforms (Xu & Albert, 2017).

Thus, when citizen journalism is rising and radiating the western empowerment of generating and distributing news, citizens who live under such high media censorship and internet regulation, particularly China, are constrained and impoverished in some ways.

The arrival of the Web 2.0 provides a brand-new paradigm which shifts the process of news sharing from the journalists-and-the-press-controlled situation to the audience-orientated stage.

In this new paradigm, the social platforms grant the power of producing news and distributing news to the audience, thereby engendering the citizen journalism. The audience is obtaining the social and political capital from the process of social news sharing because they embark on performing as a reporter.

The citizen, perhaps, is empowered socially and politically in a western context, whilst there is a long way to be really empowered for users in a context with high censorship and internet regulation, particularly in China.

Gong, B. (2015, August 13). Best view of super explosion at Tianjin Binhai New Are. Retrieved from: https://www.youtube.com/watch?v=stZu1ZRk4q8