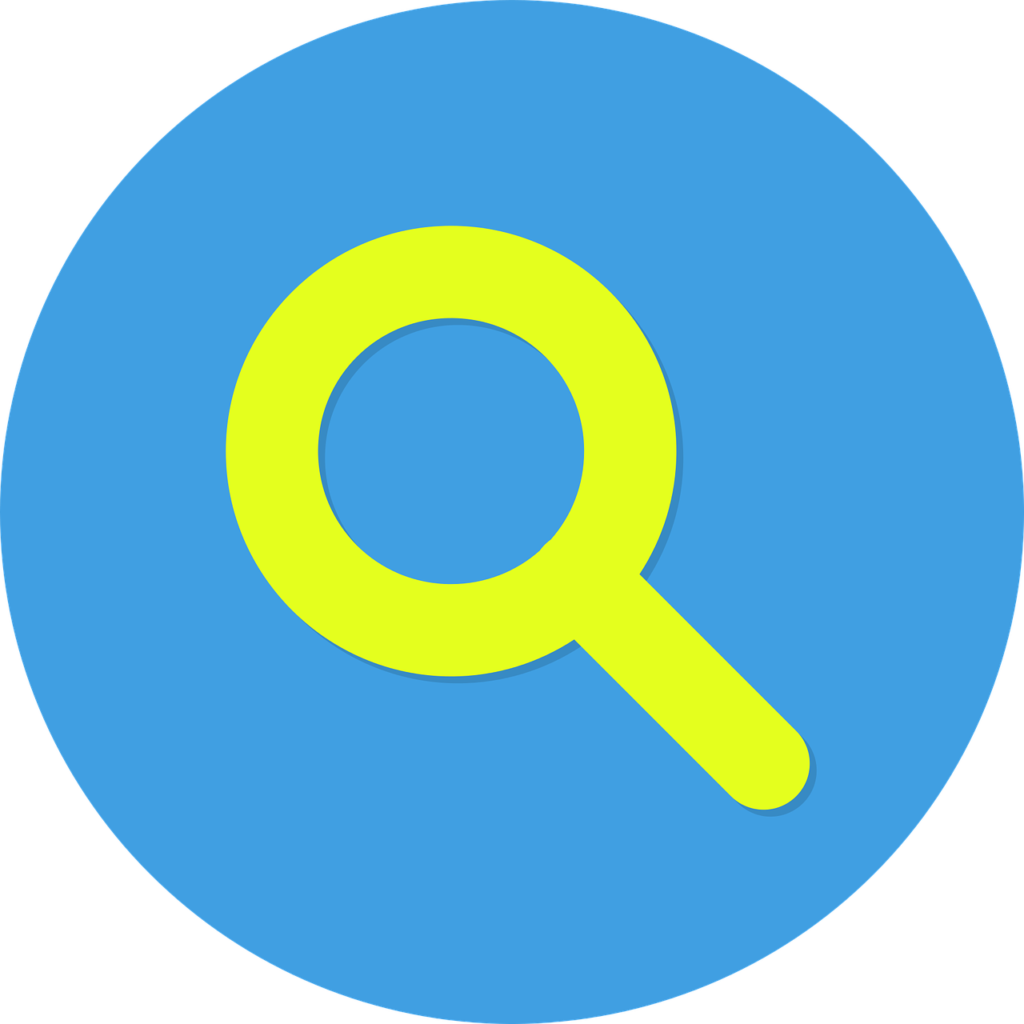 Why search and what are the impacts

With this trend, powerful institutions such as large media corporations, political elite, foreign state benefit from the prevalence of search engine (Chiru 2016). To the contrary, for individual users, the advantages such as convenience and accessibility are becoming less significant while emerging issues such as censorship and privacy are becoming more attentional and urgent.

This blog first elaborates on the historical significance of the search engine, which is helping users to easily locate materials relevant to a specific task. Then, the second part affirms the unequal distribution of technology and then examines how search engine cause individual’s private matters becoming vulnerable to powerful institutions. The last but not least, the third part analyses the implication of two specific issues in our everyday lives, which are censorship and privacy.

The information era has been characterised by a prominent development named ‘information explosion’ (Jarrett 2014). Although there are many specialised sites which enable users to seek the information they need in the cyberspace, it also flood users with vast amounts of irrelevant information. In this context of information abundance, searching engine creates a way of organising information and it serves as useful tools to locate specific information online (Andersen 2018).

In a cultural sense, as early as 1939, the book La Biblioteca Total by Jorge Borges revealed the possibility to create a comprehensive library which collects information from every corner of the globe. Similarly, the book World Brain (1938) by H.G. Wells resembles this emerging searching culture. After World War II, increasing efforts are devoted to an ever-expanding informational database for searching engine (Spink & Zimmer 2008).

In fact, search engine originated for academic purpose and gradually developed into a commercial entity (Chiru 2016). Specifically, it was designed to create a way of collectively providing a fast track for keyword access to scholarly resources. Gradually, a marketplace for answers and knowledge gradually evolved which relies on algorithm. Hence, it actualise an evolution from early scholastic beginnings of the Internet to the commercialisation that later followed. 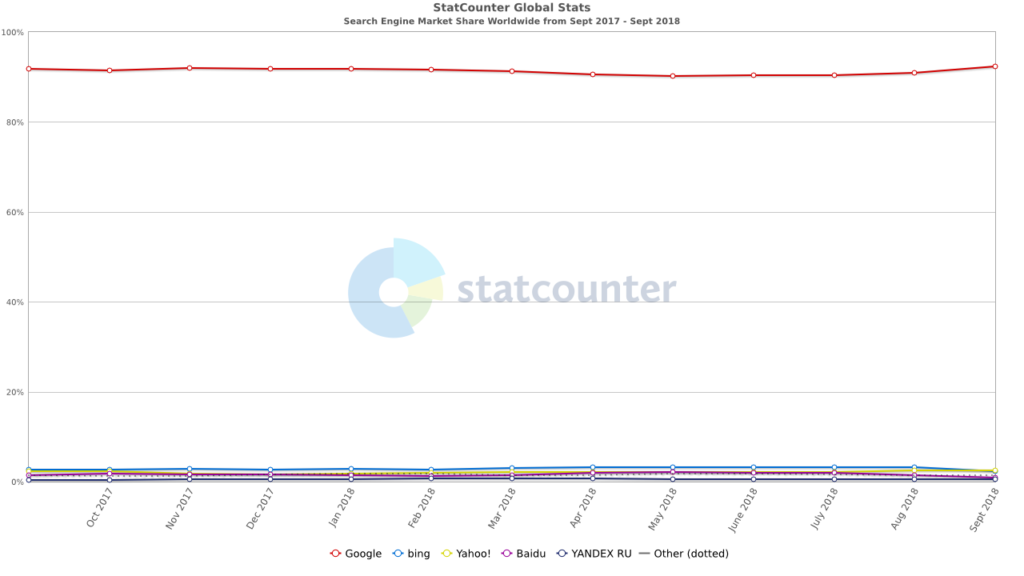 In the commercial space of the search engine, Google has created an empire of information collection with more than 90% of worldwide searching engine markets share (Statcounter). In fact, ‘Googling’ has been transformed into a verb and a monopolistic pattern is currently developing further (Hillis at al. 2013). In the book Google and the Culture of Search (2013), the authors contend that Google acts in an absolute dominance and it breeds ‘the culture of search’ based on algorithm. In their view, Google is not only an ideal model of the search engine industry but also a network of influence which symbolises the ideological change in society (Hillis et al. 2013).

In all instances, these attempts are centred on optimising the process of accessing, collecting and distributing informational data in the cyberspace (Halavais 2013). Therefore, search engine is an outcome of historical and technological development to design a thinking machine.

Who benefits and who loses:

As previously discussed, search engine is gradually becoming indispensable of our daily lives. Nevertheless, most users put in their inquiries with little consideration regarding the functioning behind the results generated by search engine (Lee 2011). In fact, search engine is a private, for-profit, and foreign entity for most users (Halavais 2013). Due to this unconsciousness, individual’s private matters are exposed and consequently become vulnerable to powerful institutions such as large corporations, political elite and foreign state (Chiru 2016). Clearly, technology never distributes equally, some group benefits and some are disadvantaged as technology has its own economic consideration, political and social biases. 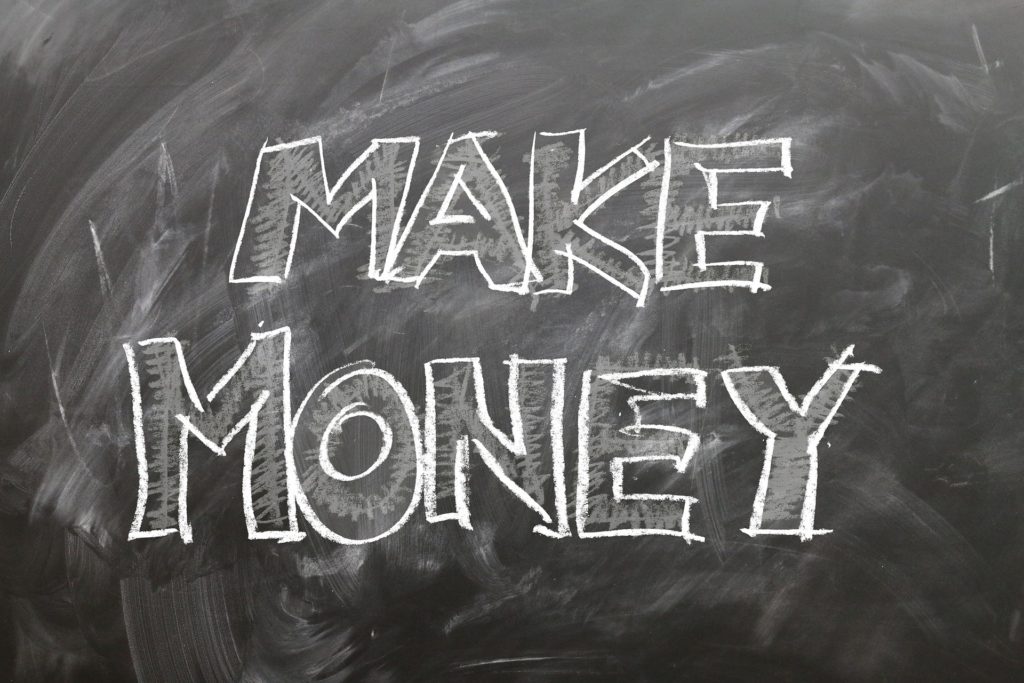 What’s the goal for media corporation?

Economically, search results are normally sold as a commodity by most search engines (Lee 2011). Statistically, the current status shows that top five search results get 67% of the clicks while the next five count for less than 4% (Li et al. 2018). And large media corporations are not ethically and legally required to consider for individual users who will only click the findings from the very first of search results (Lewandowski 2017). In this case, search engines arrange the result with consideration to financial returns (Lewandowski 2017). This enables third-party organisation to exploit this commercialisation to increase their visibility while search engine users are normally struggled to get the most useful results  and it often cost more time. 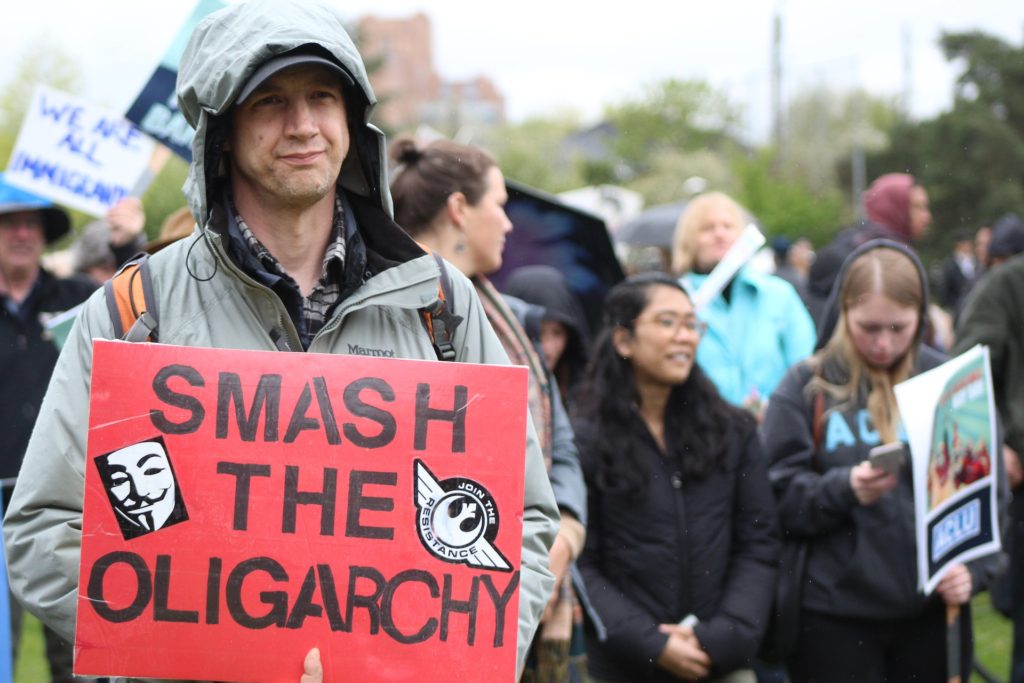 Politically, with reference to Lewis Mumford’s idea of ‘authoritarian technics’ (1964, p. 2), search engine is a tool that intrinsically ‘centralise power and control’ over the free flow of information (Halavais 2013 p. 86). As the activity of searching creates an ideology that the world’s information is at the users’ fingertips, increasing amount of online enquiries become an indicator of the public opinion and concern (Andrejevic 2013) In this sense, search engine normally tend to work with government to address public enquiries with state agenda and thus it reinforce information oligarchy (Maurer & Holbach 2016). The way that search engines process and organise information does not necessarily resonate the ideal of fairness and democracy. Therefore, content that generated by search engine reflects the fundamental hierarchy of society (Halavais 2013). 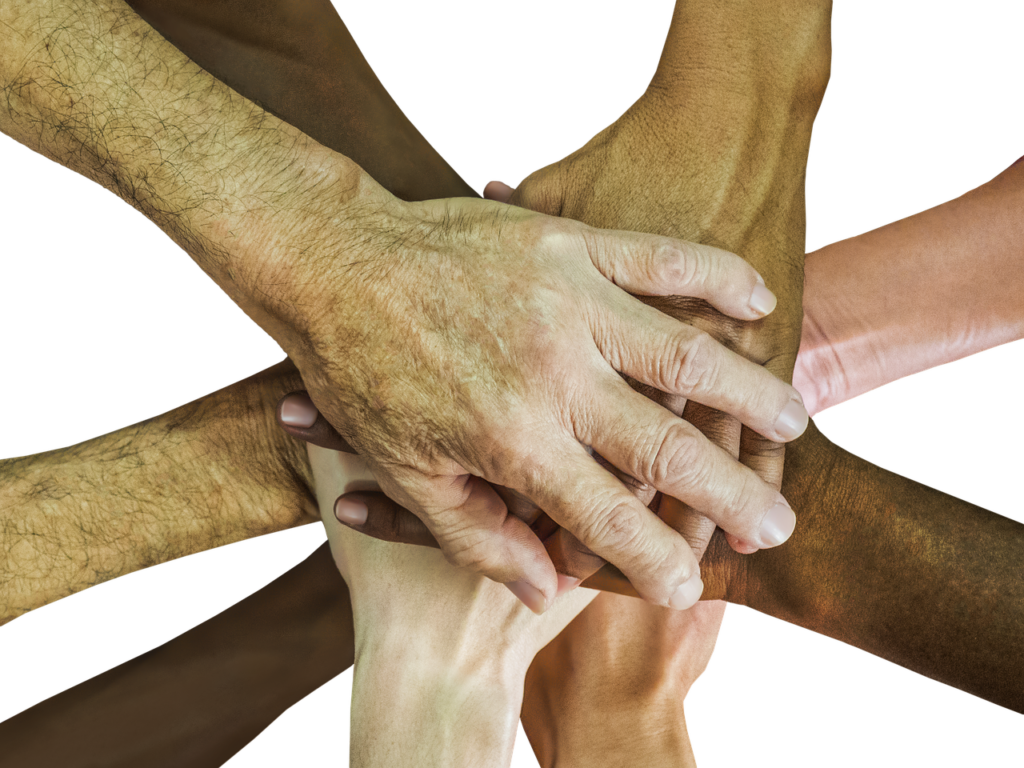 Socially and culturally, in the view of Alexander Halavais (2013), the use of search engine is concerned with information access and bias. In terms of cultural diversity, search engines no longer provide a wide range of options to satisfy various needs (Cornière 2014). As main search engines are founded and headquartered in the U.S, they only exhibit the U.S point of view (Cornière 2014). For instance, an online resource in English would favour an understanding of Vietnam War that does not reflect the Vietnamese’s viewpoint. Here, individual users’ interactive and communicative mindset is reshaped by search engines (Li et al. 2018). This indicates, access to information not necessarily leads to access to fair and unbiased content online. Hence, there is a digital divide in terms of information access and bias.

There are two prominent issues which created by the dominance and prevalence of search engines, which are censorship and privacy. 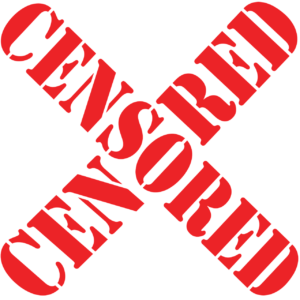 To begin with, most search engines are involved in the censorship of content (Hillis at al. 2013). A particular focus is on search providers’ capacity in deciding what is and is not censored or made accessible (Jarrett 2014). Company like Google have the authority to self-define and self-determine what is violation of their community standard and then remove certain content. This is not only a matter of business, but also of politics. In turn, governments play a more concerning role in terms of pressure search engine to censor or release particular information (Gwynne 2010) Search engines ought to be democratic tools, but they normally fail in fulfilling this duty (Gwynne 2010). For instance, countries like China where censorship is on the everyday routine, search engines are enforced by the government to cover up certain results, otherwise the search engine will be blacklisted and cannot be accessed anymore. 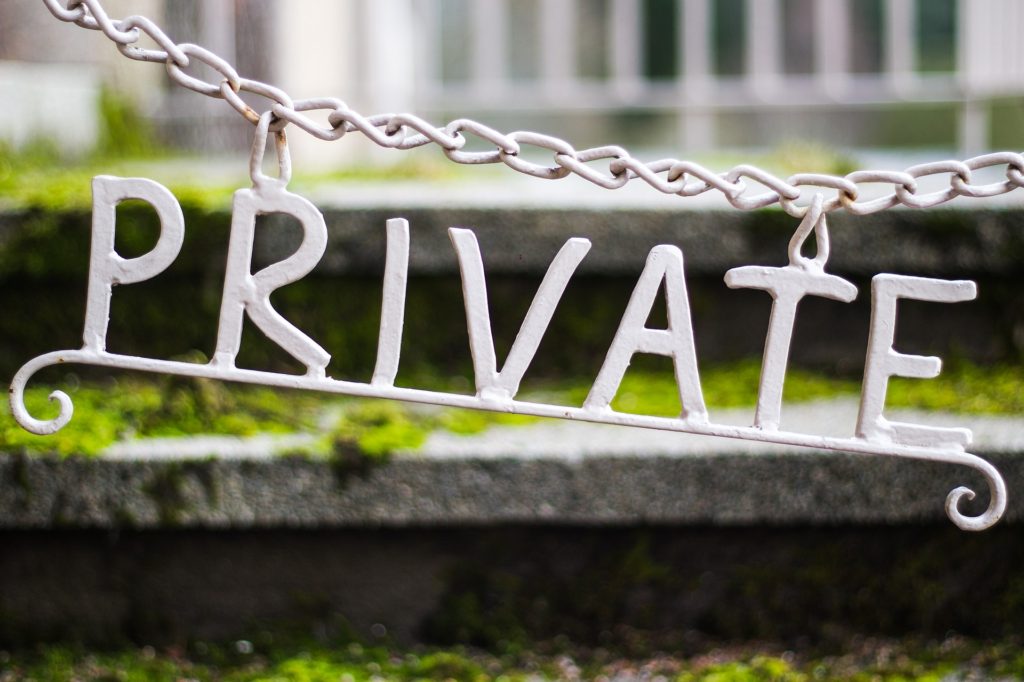 Likewise, infringement on individual privacy is reinforced by the concept of relevance and data collection (De Mars & O’Callaghan 2016). This concept of relevance which adopted by a number of search engines is created by systematically tracking the history of searching by individual users and linking that history to IP address correspondingly (De Mars & O’Callaghan 2016). This enables search engine which based on algorithms to predict client’s enquiries even before it was not completely put in (Chiru 2016). And when online enquiries are put into a search engine, individuals are likely to be unaware of the potential abuse of information (Lee 2011). In fact, on one hand, users’ personal information is normally collected to facilitate advertiser in targeting users with certain goods and services (Lewandowski 2017). On the other hand, due to pressure from government and special interests group, user information is also collected and then used in these different context (Andrejevic 2013).

Indeed, search engines have increasingly played an ever-expanding role in the development of informational society (Spink & Zimmer 2008). In this development, on one hand, search engine acts as a powerful facilitators of convenience and accessibility within the cyber world. On the other hand, search engine also creates political, legal, and economic consequence for individual users. In particular, individual’s private matters are exploited by powerful institution such as large corporations, political elite, foreign state (Chiru 2016). The issues associated with censorship and privacy affect the daily lives of ordinary internet users. In this context, in a world in which Google has become the de facto information organiser for the cyber space (Hillis et al. 2013), it is critical to understand search engine from social, political, and economic perspectives within the information world. More importantly, it is necessary to be critical of search result, be aware of the context and the function of information generation and be wary of the very accessibility and pervasiveness that make search engines convenient.

SEO and the Google Marathon

Amazon.com is (operating under Amazon) is one of the leading E-commerce retailer and cloud computing provider. It is an online global marketplace that is available in 12 countries over 5 regions. This essay will uncover […]

The Way Sharing Changes Our News

News is made to be shared. Publishers share news to tell other people about things that are happening in the world. In a world like today’s, that should not be a problem as sharing is […]