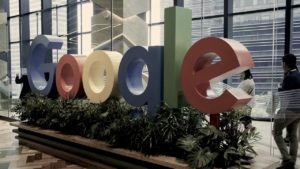 Did Google make the right move?

A man has been fired over a diversity memo dispersed within the company. But Google’s sudden response has caused a division of opinions. Before we jump the gun, let’s take a look at what happened.

Google engineer, James Damore, has filed a lawsuit against his former employer after being fired for writing a leaked anti-discriminatory memo. Damore argued that biological differences between men and women are the cause of the gender gap in the tech industry.

The search giant dismissed him on the same day he filed the suit for “perpetuating gender stereotypes” and violating the company’s terms of conduct.

Damore (pictured), says “I have a legal right to express my concerns, and to bring up potentially illegal behaviour, which is what my [memo] does”. Legal experts say his case has legs, and that Google may potentially be liable for damages.

CHECK OUT THE FULL MEMO HERE

James Damore, former Google Engineer, was fired over a 10 page memo. Google takes immediate response and so did James. Fired and law suit filed on the same day!

About Jeanny Hen 3 Articles
Storytelling. I am a marketing and media student currently in my 3rd year.